"And if Kagame told the truth?" 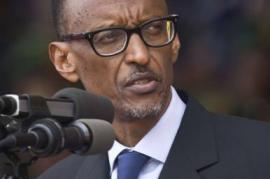 On 7 April, when commemorating the twentieth anniversary of the 1994 genocide, Rwanda president Paul Kagame officially blamed France and Belgium for playing "a direct role" in the massacres. Paris then decided to withdraw its ambassador from the ceremony ant the Rwandan Minister of Foreign Affairs confirmed the measure by denying him the permit to attend.

What happened? France has been accused for many years of sheltering many culprits of the Rwandan genocide on its territory, keeping them unpunished. The row between Kigali and Paris was political - Mitterrand's lack of sensitivity was criticized for asking: "Rwanda? Was it the tutsis against the hutus or viceversa?", diplomatic, judicial and recently also historical, as the issue at hand is a gap in the way to view the history of 1994, when the extremist hutus murdered over a million tutsis and moderate hutus.

Weekly magazine Le Point dedicated a feature to the argument. It is entitled as If Kagame told the truth? and it presents a look at the Rwandan genocide in accordance with Kagame's accusations of "certain complicities" from the French side. There is unanymous agreement on the deep causes of the former colonial powers, first Germany and then, after 1945, Brussels and Paris. These countries created serious inequality between the same-language and same-beliefs groups, which were though divided in the eyes of the colonialists who considered the tutsis "genetically superior" and demoting the hutus to subservient roles.

The thesis of the "anglosaxon plot" against France
When Rwanda became independent in 1962, the hutus (85% of the population) seized de facto the power and launched periodical campaigns to exterminate the tutsis. As Paul Kagame founded the Rwandan Patriotic Front in 1987, a tutsi armi which was supported by Uganda, unfortunately the French did not just watch. In Paris, since the Ugandans had an anglophone heritage rather than a francophone one, they did not hesitate to claim there was an "anglosaxon plot" to replace the French influence in the area.

The support to the hutu government (and the Hutu Power)
Paris is therefore on the side of the then President Juvénal Habyarimana, who has governed the country since 1973 leading a single party based on an ideology stating the superiority of the hutus. Paris then sends to Rwanda its first mission, called Noroît, of 4000 men, in 1990. Actually it is a means to support the Rwandan army against the RPF. In the meanwhile, France pushed Habyarimana towards "national reconciliation", leading in August 1993 to the signature of the Arusha accords providing a power sharing with the tutsi after the departure of the French troops. In the eyes of the extremist hutus, this is a true betrayal.

The shooting down of the Presidential plane
On 6 April 1994 President Habyarimana was shot down as he came back from an international summit with his private jet, provided by France and with French pilots. Here starts the discord, because if first a judge, Jean-Louis Bruguyère, called in by the daughter of a pilot, put the blame on Kagame, his successor in 2012 Marc Trévidic said that the missiles that shot down the plane were launched from the hill of Kanombe, which was controlled by the governmental forces. Even though the magistrate does not blame anyone. since then the extremist hutu troops would seize Kigali and the whole countries starting out the massacre. Officially it was an attack to vindicate the murdered President, but actually it was a carefully planned genocide that had over one million victims.

Men, women and killed were stabbed to death by the Interahamwe militias. Over 90% of theUN troops left the country, which Ban Ki-Moon in 2014 recalls as a "shame". On 8 April the French forces launched operation Amaryllis, officially a 500-parachuting squad to protect the French citizens on Rwandan soil, actually, according to a report by Nouvel Observateur, a force that would protect the high level meetings between the French leaders and the top officials of the Hutu Power, like Jerome Bicamumpaka and Jean-Bosco Barayagwiza, who were welcomed by Mitterrand himself.

Paris and genocide denial
France appears to be involved also in the shameful phenomenon of negationism that kills the victims twice. In fact it will refuse to talk about "genocide" until 18 May. The government welcomes again the extremist hutu leaders.

Come to the rescue or to cover the runaway of the extemist hutus?
And here is the other cause for discord, operation Turquoise, the third French mission that was launched by Paris on 22nd June 1994. This army prevented some murders, but stood still and watched the killing of over 1,000 tutsis who were attempting a desperate resistance in Bisesero. RPF blames Turquoise for simply being a means to cover some hutu assassins who were escaping the rebels flee to Zaire. The Rwandan genocide officially ended on 5 June 1994, but this row between Rwanda and France is still going on, as it is the debate inside France, differently from what happened in Belgium which faced its own responsibilities and presented Kigali with official apologies.

While former Foreign Minister Bernard Kouchner is "sure" about the responsibilities of the French army in the genocide, people like the chief of the Parliamentary mission about Rwanda Paul Quilès called Paul Kagame's statements as "shameful" and said "France was the only country that demanded an international intervention for Rwanda".


Until now the truth has been fully told only by the witnesses, like Yolande Mukagasana, and the rescuers, like Italian Consul Pierantonio Costa, who rescued thousands people from the genocide.