lawyer against rape and for dialogue between ethnic groups 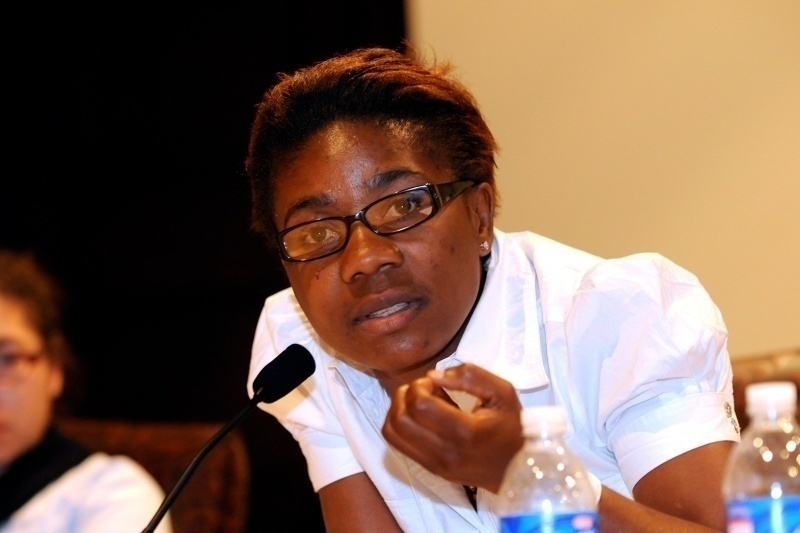 The seventh of ten children, Sylvie was born in 1974 in Bukavu, in the province of southern Kivu, in Zaire (later Congo). From her father, a high-ranking civil servant, she soon learnt a sense of justice and respect for human rights, including those of women. It was thanks to him, in fact, that in an area known as Idjwi, in 1982, the practice of abducting and raping women to force them into marriage was outlawed.
In 1999 Sylvie graduated in law and immediately started to defend women who had been raped, mostly by disbanded soldiers and rebels: after the Rwandan genocide, in 1994, three million innocent civilian Hutus poured into the eastern part of what is still called Zaire, escaping from the reprisals of the new Rwandan Tutsi government. The same area was also bristling with members of the former Rwandan government and of the Interahamwe militias responsible for the massacres, camouflaged among the refugees. In the months that followed, the armies of Rwanda and Uganda crossed the border to flush them out, but had also victimized innocent refugees with indiscriminate killings. In 1997, after the dictator Mobutu had been deposed and Kabila had been taken, Zaire had taken the name of the Democratic Republic of Congo. The fighting, interrupted by provisional agreements and ceasefires, was periodically re-ignited by rebel troops and outside interference.
In this highly precarious situation, Sylvie worked with various NGOs and in 2002 became the coordinator of the projects promoted by the Life and Peace Institute. She was also given important public assignments: in 2002 she took part in the peace negotiations in South Africa between the Congolese government and the rebel forces, and in 2006 she was appointed an observer of the parliamentary elections in Congo.
That same year she narrowly escaped being raped by the rebel militias that had taken over the town of Bukavu, where she worked. She had dashed to help a friend trapped in her home while the rebels were combing the district in search of bounty and women to rape; they barricaded themselves in the house for several days, without food and risked discovery from one moment to the next by the potential rapists. She then became the coordinator of the Interchurch Organization for Development and Cooperation (ICCO), again assisting rape victims, and she was invited to the United States to take part in the Women PeaceMakers Program at the Joan B. Kroc Institute of San Diego University.
As a peace mediator, Sylvie took an active role in efforts to reconcile the ethnic groups embroiled in the conflict, especially in the province of Southern Kivu among the Banyamulenge people, who feel more like Rwandans than Congolese, and other local groups such as the Babembes and the Baviros. These meetings led to the creation of an ethnically mixed organization tasked with facilitating communication and tolerance.