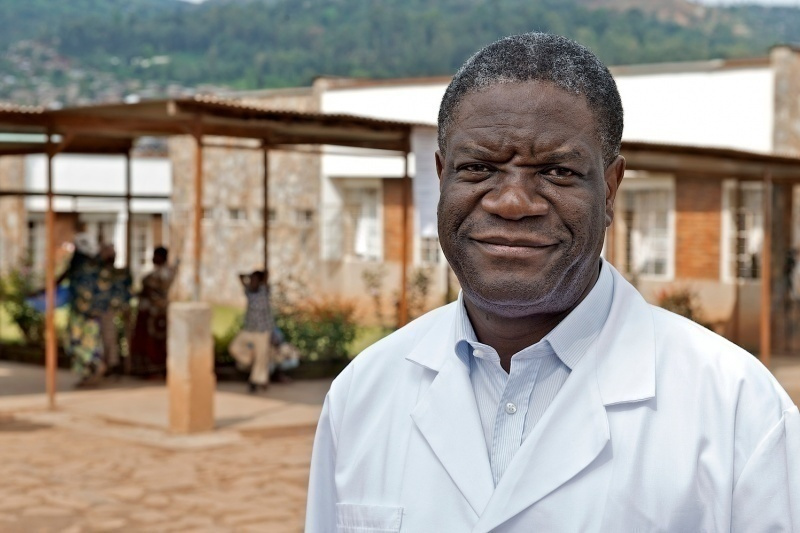 Denis Mukwege has dedicated his life to serving women in Congo. The man has in fact created a structure - the Panzi Hospital of Bukavu - to nurse and aid the victims of “rape as a weapon of war”, despite threats from armed groups in the country. The child of a Pentecostal pastor, Denis decided to become a doctor when, accompanying his father during visits to the ills of the community, he noticed that hospital patients received insufficient care and often died after childbirth.

In 1998, during the war in Congo, Mukwege started the construction of a hospital for women victims of violence. Mukwege - who today is world’s leading expert in the internal reconstruction of female genitalia after rape - and his team have operated on more than 50 thousand women, working 18 hours a day during which they complete 10 surgeries. The courage of the surgeon has, furthermore, allowed these women to start new lives. Next to the hospital created by Denis, a secure structure was constructed where patients and their children can seek refuge. The women learn how to sew, weave, and other jobs, in order to become independent and restart their lives. In 2012 the surgeon brought an important discourse to the General Assembly of the United Nations, to address the problem of violence as a weapon of war and to condemn the impunity of those guilty of mass rapes in Congo. A couple months later, four armed men attacked the Doctor’s house, taking his children hostage and waiting for Mukwege to return home from the hospital. Mukwege succeeded in saving his family and home, but the incident left one of his security guards dead. After the homicide, the doctor left the country and went into exile with his family in Europe. In January 2013, aware of the importance of his presence at Panzi Hospital, Denis decided to return to Congo, even though him and his team continued to receive threats. The people gave him a special reception, accompanying him from the airport to Bukavu. His patients even saved money from selling pineapples and onions to symbolically pay for his ticket of return. For his commitment and his courage Denis Mukwege has received much recognition, including the Prize of Human Rights from the United Nations in 2008, and the Sakharov Prize for the Freedom of Thought in 2014, awarded each year by the European Parliament to individuals or associations that have distinguished themselves in the defense of human rights. In 2018 The Nobel Peace Prize has been awarded to him, together with Nadia Murad.

Denis Mukwege is honoured in the Garden of Milan - Monte Stella.