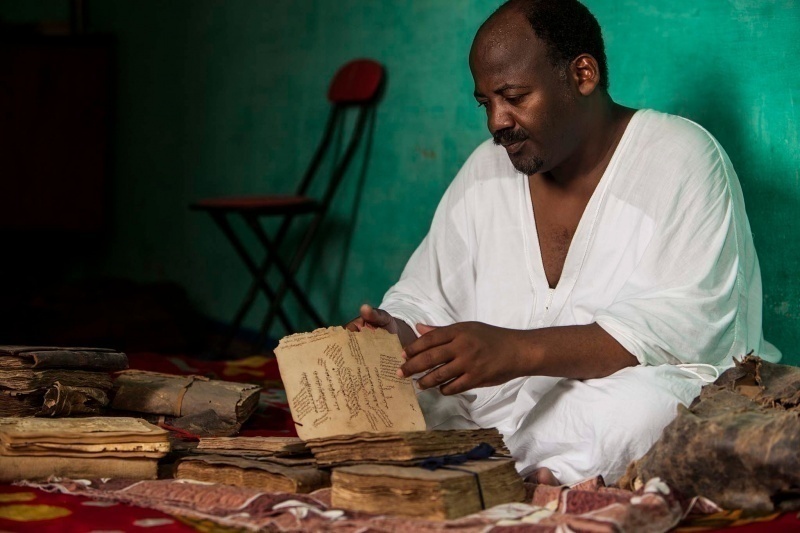 Abdel Kader Haidara, Malian librarian, whose story is told in Joshua Hammer's essay The Bad-Ass Librarians of Timbuktu (And Their Race to Save the World's Most Precious Manuscripts), in 2012, together with his colleagues, organized the rescue of more than 350 thousand ancient manuscripts of Islamic culture from the iconoclastic violence of the fundamentalist Jihadist militias.

In April of that year, returning from a business trip, he found Timbuktu under the control of a thousand Islamic extremists.

Fearing that the Islamists might destroy the manuscripts - which showed a tolerant view of Islam dating back to the fifteenth and sixteenth centuries, when the city was a thriving commercial hub and housed more than 150 universities - Haidara managed to channel the money of a scholarship (won with the Ford Foundation) in the transferring the precious books. Together with relatives, archivists, library employees and tourist guides of the city, he organized the transport from Timbuktu to the capital of Mali, Bamako, further east and out of the control of Al Qaeda.

For eight months, at night, hundreds of volunteers carried boxes full of books loaded on donkeys from one safe place to another. The "smuggling" of manuscripts was difficult mainly because of the checkpoints: those of the jihadists in the area around Timbuktu, and those of the Malian army in the area under government control. Some manuscripts were also damaged during searches of soldiers and guerrillas in search of weapons.

Despite Haiara's efforts, in January 2013 the Al Qaeda militiamen set fire to the Ahmed Baba Institute in Timbuktu, which kept almost 100,000 manuscripts. Shortly after, the French army intervened in the northern of Mali to quell the conflict: the Islamists had destroyed 4.000 manuscripts, a small percentage if you consider that in total the city housed almost 400 thousand before 2012.

Abdel Kader Haidara is honoured in the Garden of L'Aquila - National Boarding School.