the priest that rescues child soldiers 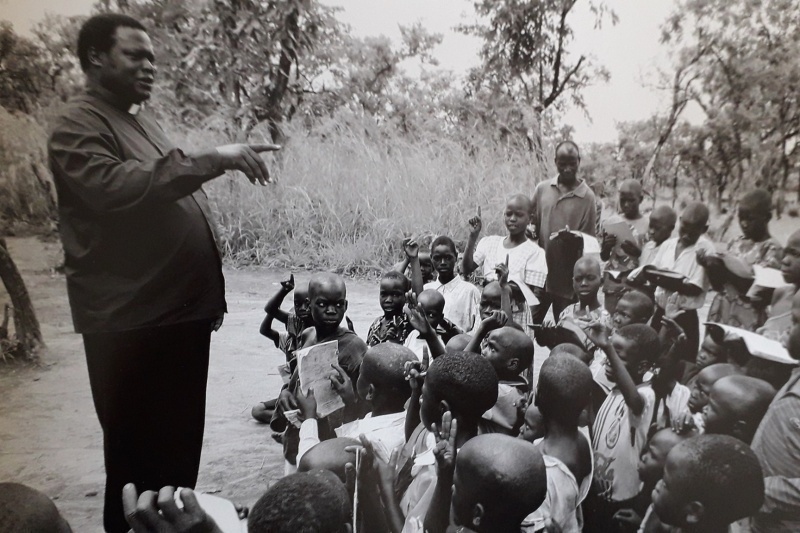 In Uganda, in the Diocese of Arua, on the border between Sudan and Congo, children are kidnapped and trained by guerilla fighters in the use of arms to turn them into child soldiers. Father Emanuel Natalino Vura and Bishop Vescovo Frederick Drandua have launched a project to rehabilitate former child soldiers by engaging them and their families in farming to improve their standard of living and by rescuing them from starvation and from the trauma of war.
In 2002, when fighting resumed between the rebels of the Lord’s Resistance Army ( LRA) and the Ugandan government forces, Father Natalino bravely decided to undertake an apparently impossible mission: to rescue child soldiers by negotiating personally with the guerrilla fighters. Risking his own life he ventured into the forest to reach the LRA camps, accompanied by the guerrillas and forced to cover long stretches by creeping on the ground so that he would not recognize the route he was taking. On reaching his destination he had nothing but the power of his own words to negotiate the childrens’ release. With time and patience he managed to approach certain generals and gradually to gain the release of scores of young child fighters. In this way, the ranks of the Arua Diocese’s children have swollen from 80 to 800, and thanks to Father Natalino’s project, they are creating a future together.