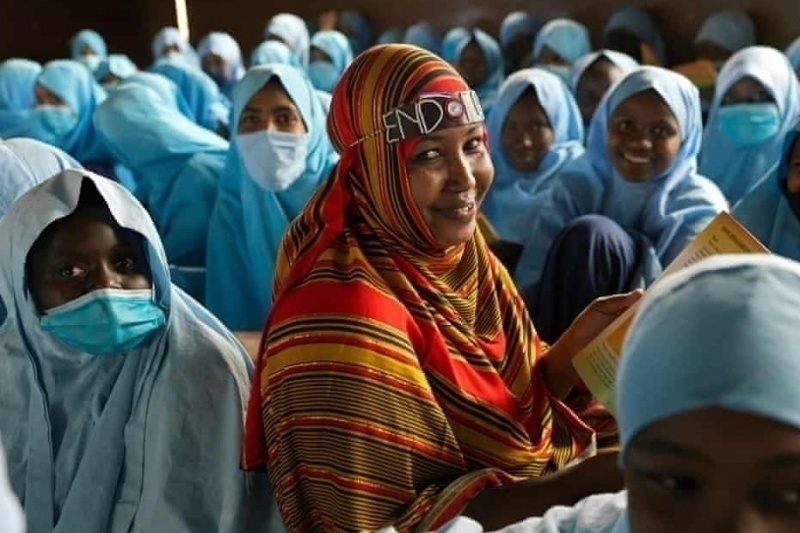 One morning 24 years ago, a woman in Kenya brought her daughter Sadia, aged 10, into the bush. Sadia was about to become “clean”, everyone said: she didn’t know what it meant, but she was excited. “I was expecting a lot of water”, she recently said at the Guardian. When she got wind of what was going on, it was already too late: facing the sky while being held tight on a woman’s lap, Sadia could only witness her own mutilation. In a rapid sequence of gestures, some women pulled her hands and legs apart; another one stuffed her mouth with a piece of cloth, the last one cut her genitals with a razor. No anesthesia, no painkillers: now “clean”, Sadia was part of a community. When she got married, she was further cut to be prepared for sex. At 21, Sadia painfully gave birth to her first daughter and decided she’d never have to go through the same hell. Her daughter was the first of many girls that she saved from the knife. Today, Sadia Hussein, aged 34, is one of Kenya’s most powerful advocates for the eradication of FGM (Female Genital Mutilation). She is building a mass movement and undertaking the difficult task of eradicating a collective and deeply ingrained social practice.

Depending on the type (there are four types of female genital mutilation), FGM involves the partial or total removal of the outer layers of female genitalia, sometimes even of the clitoris and labia minora, and the narrowing or partial sealing of the vaginal orifice by stitching together the edges of the remaining labia. FGM has no medical justification and no health benefits, it can cause severe injuries and long-term issues, including complications in childbirth and risks of newborn deaths. According to data from the World Health Organization, more than 200 million girls and women alive today have been cut, mostly between infancy and age 15, in 31 countries in Africa, the Middle East and Asia, where FGM is concentrated. FGM is considered a human right violation.

Kenya, Sadia Hussein’s country of origin, outlawed FGM in 2011. Yet, as in other countries, the law is not consistently enforced, and many keep considering FGM an essential step in womanhood. In the pastoralist community in easter Kenya where Sadia Hussein grew up, for example, FGM is seen as a religious requirement. Hussein, in particular, is a member of the Wardei, a Somali-speaking, Muslim tribe living next to the Tana River. Her background was key for her to understand the challenges and complexities of changing a collective mindset, of bringing an entire community to shift from considering FGM as a structural part of their own culture to seeing it as a human right violation.

It was after her daughter’s birth that Sadia started advocating against FGM. She started in her own neighborhood. “People were like: ‘Are you mad?’ No one listened to me.’, Hussein said. She was only supported by a local official and achieved her first success within the family circle: in fact, none of Sadia’s three daughters went through FGM. Hussein’s community outreach progressively broadened, thanks to her good use of media in the three languages she speaks: English, Swahili, and Somali. Ms Hussein later attended a workshop with the Global Media Campaign to End FGM, an organization that trained local African activists on how to use the media to enhance their outreach and impact potential. Hussein learned that a successful advocacy campaign builds on different levels: socially, change has to be seen as resulting from grassroots activism, fostering bottom-up, rather than top-down, actions; culturally, FGM has to be disentangled from religion and culture: as yet, many mothers, often even educated ones, forced their daughters to endure FGM because they fear their exclusion from the community; economically, an alternative source of income has to be offered to cutters.

At present, Hussein is literally building a mass movement and saving many girls from FGM. She founded the grassroots movements Dayaa Women Group and the Brighter Society Initiative. A recent impact survey found that, in Hussein’s native Tana River County, the number of people in favor of type 3 FGM had fallen from 89% in February 2019 to just 5% in January this year, and that people “changing their minds​” about FGM had​ gone from 60% in February 2019 to 97% in January this year. In March this year, finally, Ms Hussein received the Commonwealth Points of Light award for “her outstanding contribution to eradicating FGM and empowering girls across Kenya”.