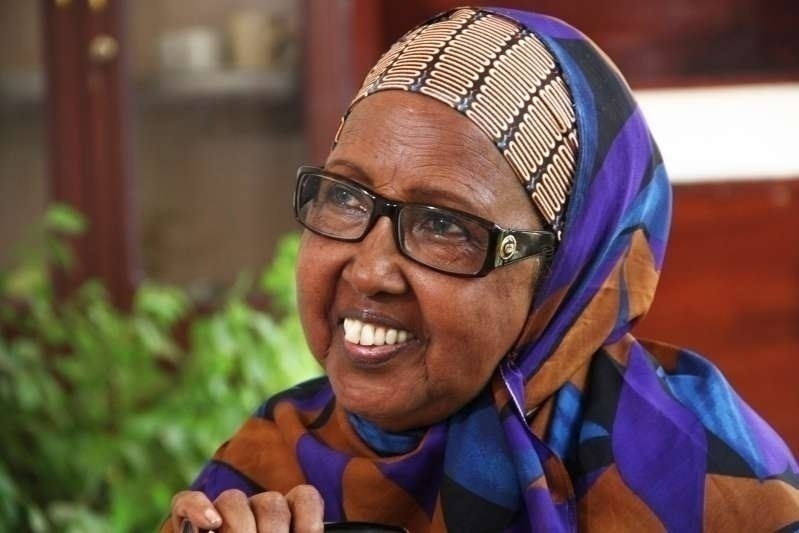 Hawa Aden Mohamed was born in 1949 in Baidoa, Somalia, into a traditional family in which female members are wholly subordinate to their male counterparts. At the age of just 8 she was subjected to infibulation, the brutal rite of female genital mutilation, which caused the death of one of her sisters due to ensuing infection. Hawa started school at the age of 10, younger girls not being considered worthy of education. However, with the economic help of one of her brothers, she managed to proceed right through to higher education and a degree. She then found work as a teacher and has devoted herself to providing girls with a general education.
Hawa considers education to be a fundamental right and has undertaken a tough battle to guarantee the women of her country an opportunity constantly denied them.
In the Seventies she founded and still organizes in Somalia 42 Family Life Education Centres in 36 districts, with 600 male and female teachers and with over 2000 students, both women and girls. In the Eighties she worked feverishly in favour of refugee women and children, creating 16 feeding centres in 6 regions in the North, South and West of Somalia.
In August 1999 she set up the GECPD - Galkayo Educational Center for Peace and Development in Galkayo in Puntland.
The GECPD’s mission is to protect women’s health and psychological and social welfare. This goal is pursued by facilitating access to basic education and health services, increasing economic resources, stimulating participation in political activities and promoting peace and reconciliation amongst the people of Somalia. Part and parcel of health education is the fight against female genital mutilation.
The Centre’s activities hinge on the basic principle that all girls should be guaranteed primary education. In 200, aged between 8 and 18, they take part in the life of the Centre: they are all girls who were denied an education during the civil war. The curriculum aims to ensure women are fully aware of their civil and social rights.
The fundamentalists call the Centre "the devil’s school ". The girls attending it are frequently attacked in the street, and gangs of young men recruited by the enemies of the school often attack it, destroying materials and equipment. In her work, Hawa Aden herself is constantly under threat.