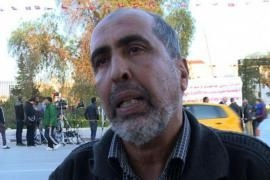 Mohamed Nasseur ben Abdesslem (Hamadi) started his career as a tourist guide in Tunisia in the Seventies. He studied Italian and worked for several tour operators in Italy.

As he came back to Tunisia after accompanying groups of Italian tourists to the Ivory Coast, Senegal, Malta, Egypt and Morocco, he spent his life organizing excursions for Costa Crociere and MSC.

Then came the date of 18 March 2015. The excursion programme provided the visit to the Museum of Bardo in Tunis. The group accompanied by Hamadi arrived at the Bardo around 11 o'clock. After nearly one hour, they heard the first shooting. “I did not immediately think of an attack - says the guide - as it did not seem possible to me. I believed instead it was a military maneuver, because close to the Museum there is a barracks. It was one of the tourists who told me: "Hamadi, you are wrong, it's an attack". Soon afterwards we saw a bullet very near to us in Virgil's room.

At that point Hamadi took the 45 tourists to the staircase that leads to the administration. From there the group exited the museum, crossed a park and reached the Bardo police station, where it found shelter. Those who followed Hamadi were saved. Two minutes after the runaway of the Italian group, however, the terrorists entered Virgil's room and killed nine people.

After the attack, Hamadi got back to his job. When he accompanies the (few) tourists in the rooms of the Museum, he sees again and again the images of that dreadful 18 March.

“People cried, there was fear, everyone searched for their traveling companions, but unfortunately not everybody survived. We were all incredulous about the unfolding events, no one thought there could be an attack" remembers the Tunisian guide, whose hope is that of being able to see again - or at least hear from - what he considers as “his” group of Italian tourists, with whom he shared an episode, which is as tragic as stirring.

After the recognition awarded by Gariwo, Hamadi has become a promotor of dialogue between cultures and religions to educate against hate. As a matter of facts, he remembers us that “religion is love and morals” and that we have a duty to oppose to “manipulation, the research of fragile individuals on which to exercise it”. For this reason “I, Hamadi, prepare myself to live this experience full of humanity alongside with Gariwo”.