a human rights advocate in Syria 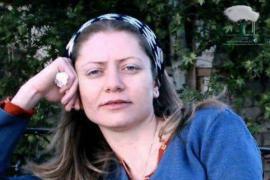 Razan Zaitouneh, born on 29 April 1977, is a lawyer and human rights activist in Syria. In 2005 she founded in Damascus the Syrian Human Rights Information Link, association committed to documenting human rights violations in the country. Due to her engagement she was forbidden to leave the country as early as in 2002.

Thereafter, Razan also supported the “Committee of the relatives of political prisoners in Syria”. Besides being one of the founders of the “Committee of local coordination” – the biggest opposition group within Syria, that had been helding peaceful demonstrations all over the country since 2011 – at the out break of civil war she founded the Violations Documentation Center (VDC), an organization that counted the death toll of the conflict, giving them back their names and faces, and spreading reports about jail conditions in Syria.

For her commitment and great moral value, Razan Zaitouneh was awarded numerous prizes such as the Sakharov Prize for Freedom of thought, the Anna Politkovskaya Prize in 2011, and the International Women of Courage Award in 2013.

In December 2013, Razan was abducted in Ghuta, in the hinterland of Damascus, with three coworkers: Wael Hammadeh – Razan’s her husband, who has been arrested many times by the Syrian regime -, Samira Khalil and Nazem Hammadi. Since then their wherabouts have been unknown. After Razan’s abduction, the United Nations sospended the death count in Syria.

Her abduction was a harsh blow to Syria’s civil society, for which Razan was a symbol of peaceful rebellion against extremism. "Her abduction marked a step forward towards the complete radicalization between two evil forces: the regime and Islamist fanatics – said after her abduction the spokesperson of the local Coordination Committee, Assaad al-Achi -. Our only hope is that now the outrage for what has happened to her unites people to cast out all extremists once and for all”.

Razan Zaitouneh is honoured in the Garden of Milan - Monte Stella.