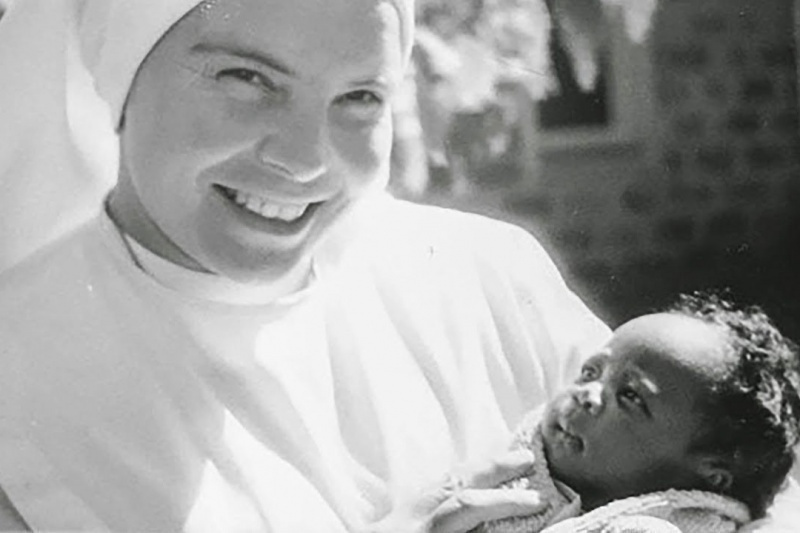 Rosa Maria Sgorbati was born on 9 December 1940 in Rezzanello di Gazzola, a small village in the outskirts of Piacenza, where she spent her childhood and teenage years.

In 1950, she moved with her family to Sesto San Giovanni and she joined the Azione Cattolica, sharing its ideals and commitment. In 1963, she entered the order of the Missionary Sisters of the Consolata, where she took the perpetual vows in 1972. In the meanwhile, Sister Leonella obtained her diploma in Nursing Science, and in 1985 she became the most important tutor of the nursing school of the Nabuk Hospital of Meru, in Kenya, where she had been moved. While attending the duty, she offered youths a full training that granted them not only professionalism but also life principles and Christian values.

In 1993, she was elected Superior of her fellow sisters of the Consolata in Kenya, a duty she attended for 6 years. In the meanwhile, the SOS, Kinderdorf International, an institution that works in favour of children in difficult situations, demanded the Institute to send one of the sisters to open a school for nurses in Somalia. Sister Leonella made herself available and arrived in the land now exhausted by 10 years of war and fundamentalism. The first nurses trained by her got their diplomas in 2006, certified by the World Health Organization, as Somalia had lacked a government since 1991.

As Sister Leonella wished to train other tutors for the nursing school, she went back to Kenya, but she met with major difficulties in going back to Mogadishu, because of the new rules imposed by the Islamic Court that controlled the city and its hinterland. Eventually, on 13 September 2006, sister Leonella managed to return to the capital, but after four days only she was shot dead together with her bodyguard outside the children’s hospital. The two murderers were hidden in a taxi from which they fired several gunshots at her back. The cause of beatification for sister Leonella Sgorbati was opened on 3 August 2013 and closed in 2018. The ceremony of beatification took place in Piacenza on 26 May 2018.