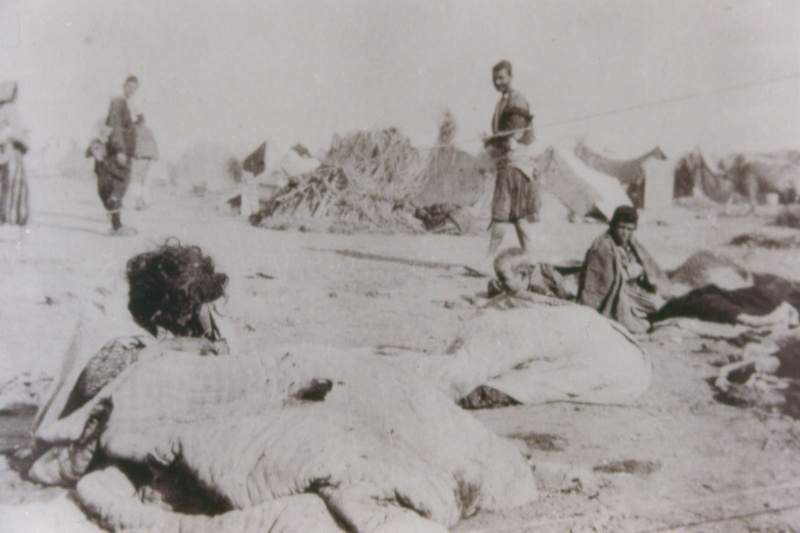 The Turk Naim Sefa Bey was the last secretary of the Aleppo General Deportation Committee, the body mainly responsible for organizing the deportations of the Armenians between 1915 and 1916.
When the Committee saw that huge numbers of Armenians were gathering at Meskenè and along the banks of the Euphrates, it sent its general secretary there to complete the evacuation.
But Naim Bay was not the right man for such an assignment; he was a gentle man who was horrified to realize that the Armenians were being rounded up and forced into the Deir-es-Zor desert, where they would surely die of hardship and starvation. This is why he helped some of them to escape, often without any personal gain, despite the fact that his finances were not good. He could have demanded hefty sums from the richest families, willing to pay whatever price to avoid being deported into the desert to face almost certain death. And yet he never asked for anything and only when he was really hard up did he accept small offerings as a "tangible sign of gratitude"
Thanks to Naim Bey and to the Armenian journalist Aram Andonian (deported in 1916 to Meskenè where he managed to escape thanks to Bey himself), today we have a large number of official documents, ministerial telegrams and decrees sent by the Union and Progress Committee that Bey had kept, perhaps to avoid future responsibility. Despite strong initial resistance from the old Turkish official – who did not want to jeopardize his country’s honour – Andonian, by then his friend, convinced Naim Bey to reveal numerous circumstances vital for reconstructing the events surrounding the genocide. Only after the countless stories of Armenian women who had evaded deportation pricked his conscience could he be induced him to abandon his former reticence and reveal what he knew.
Right from his very first meeting with Andonian, Naim Sefa Bey expressly refused all offers of money. In 1920, in London, Andonian had his collection of these accounts published, complete with all the details and vital documents that Bey had entrusted to him.