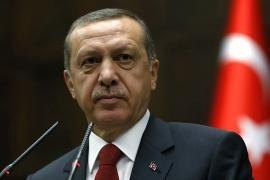 On past 23 April, Turkish PM Recep Erdogan offered his condolences to the Armenian victims killed in 1915, yet he did not mention the word “genocide”. We asked Agopik Manoukian, honorary President of the Armenians in Italy, to tell us about the peculiar features of Turkish genocide denial, Erdogan’s statements and the hope that Turkey will recognize the Armenian genocide on the eve of 1915, the centennial of the genocide.

In the same days Abu Mazen defined the Holocaust as the “most heinous crime committed in modern history against the humankind”, while Recep Erdogan uttered his condolences to the descendants of the Armenians killed in 1915. What do you think of these declarations by the Turkish PM?

Erdogan’s admissions about something serious happening in 1915 do not mean that the Turkish PM accepts all its seriousness or is willing to admit that was genocide. Of course Erdogan’s words are an admission that something happened. Yet skepticality remains about his sincerity, given a whole series of other behaviours and statements of his. Thus I would say we can read these declarations in two ways, and one meaning does not exclude the other completely..

Can we see this stances as a positive fact, a non-return point from which anyway Erdogan cannot withdraw anymore?

In my opinion the condolences to the descendants of the victims can surely be seen this way. Of course, we cannot predict if Erdogan will act in accordance with his own ststements. Another useful element to understand his words is the fact that 2015 is approaching. In sight of the centennial of the Armenian genocide, Turks are putting themselves massively on the defensive, to minimize the impact of the initiatives that the Armenian front is going to hold, but not only for thst. The condolences uttered by Erdogan do not only concern the past, but rather need to be read as instrumental to cope with this upcoming centennial
Are you afraid these declarations are an attempt to review what happened in 1915? The context of these declaration is what has ever since been the public discourse in Turkey. Over there no one denied the Armenian dead, but the political discourse has always tended to justify violence as an event related to World War One, when also the Turks suffered many losses – which is absolutely true, as the Turkish participation in war was disastrous. In my opinion, they are now trying to do a sort of comparison between the Armenian and the Turkish victims, and this is a way to deny the deep difference between the causes of those deaths.

As you said before, Erdogan did not depart from his traditional genocide denial, refusing once again to mention the word “genocide”. Can you explain the peculiarità of the denial of the Armenian Genocide, the ways it differs from Holocaust denial?

Turkey as an institution cannot (or does not want) to accept its foundation on the basis of a deliberate policy of ethnic cleansing. Nowadays Turkey cannot believe it was established on such tragedy. The peculiar feature of this form of denial is that it does not concern other peoples, or situations different from their oown, as might be the case of Palestinians or Iranians who deny the Holocaust – that is a historical reality that does not concern them directly, in that it was carried out by Nazi Germany. In these cases denying genocide has more to do with a political act. For the Turks, denying the Armenian Genocide means defending themselves from something that affects their identity, history and past. This all has to do with a far deeper process.

Do you nurture any hope that something will change on the Turkish front in a long-term perspective? And from such a viewpoint, what can be done to obtain the Turkish recognition of the Armenian genocide?

The Turkish front has been diversifying for many years. In the country a new awareness of the Armenian themes has been developing, several books have been published about it, and some authors, defying bans, are committed to this purpose. All this heads into the direction of a slow distancing from negationis,. Of course, there are some sectors of society that are less willing, there are regressive movements, but certainly over the past years society has moved ahead and this negationist front has been partly broken. The very fact that today it is possible to publish such books as The Forty Days of the Mussa Dagh in Turkish is a signal that this trend has been consolidating. I believe, in the long term historical truth can no longer be denied in such a hard way, as it happened when there was a strong censorship and the information about genocide did not circulate. It can happen that a new repressive movement gets started – we cannot predict this – but at any rate if there is going to be such a reaction it means that there will have been a push to make historical truth resurface, eventually breaking the denialist front.