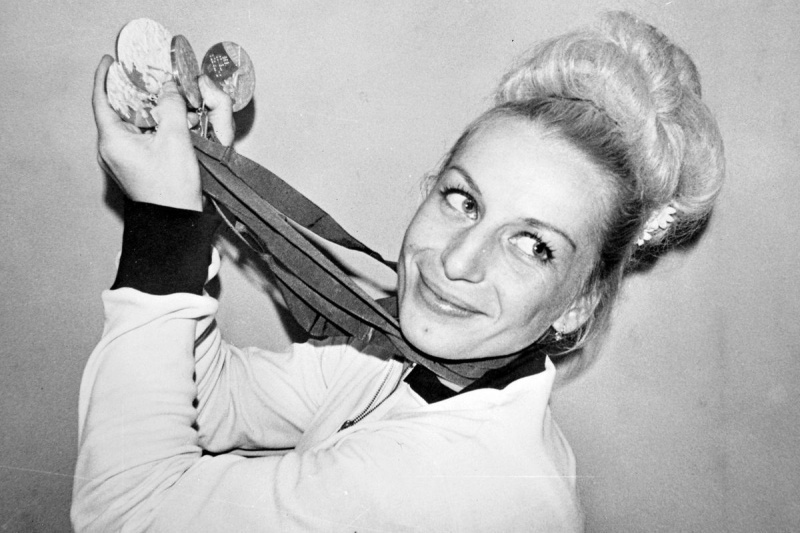 She could have had everything: money, fame, career, but saying that no, the no of the Righteous, she chose to lose everything for not losing herself and her dignity and moral integrity. Born in Prague in 1942, Věra Čáslavská has been an extraordinary athlete able to win in just 11 years 11 olympic medals, including 7 golds, in addition to the ten World Championsip medals and the thirteen of the European Championship. Four times athlete of the year in Czechoslovakia and, in 1968, best athlete of the World.  However, it was not only with her gymnastic abilities that this formidable women astonished the all world.

At the Olympic Games in Mexico City in 1968, shortly after the invasion of Czechoslovakia by the armies of the Warsaw Pact sent by Moscow to stifle the Prague Spring, on the podium during the Soviet anthem, Věra Čáslavská demonstratively turned her back, risking the disqualification from the first place. Back to the homeland, she preferred to give up everything and work as a cleaning lady rather than approve Soviet invasion as it was asked her and the thousands of Czechoslovaks to break their moral integrity. Despite some pressures by her husband and by the then president Gustav Husák, Čáslavská never revoked, unlike other great athletes as Raška or Zátopek, her signature under the petition "Two Thousand Words", one of the most important documents of the Prague Spring, born under the Academy of Science to raise awareness in the public opinion about the increasing soviet pressures held to stop the reforming season Czechoslovakia was living. Furthermore, she was corageous and impeccable not only in hard times. After the Velvet Revolution, in fact, once obtained again the freedom to run her life, she declined the interesting offer to become Ambassador in Japan, a country she loved, and even the offer to be the Major of Prague. She chose, on the contrary, to work for  Václav Havel who she deeply estimated but, as it was in her style, she didn't miss the occasion to criticize him when she felt it was appropriate. She never forgave him, in fact, to have chosen the way of reconciliation with the old regime personalities, and to have not ban by law the communist party after the Revolution.

A spontaneous wave of condolence, accompanied by the memory of her firm positions, followed the notice of her death in her native city Prague, on August 30 of this year at the age of 74 years old. Even this time, as it is unfortunately more and more happening, Czech President Miloš Zeman didn't miss the occasion to try to cancel from the memory of the country the story of the Soviet totalitarian oppression and the story of the corageous fight of the Czechoslovak dissidence. In fact, in remembering this extraordinary figure, he limited the speech to a mere recognition of her sporting achievements: "her extraordinary sporting accomplishments will remain in our minds forever",volountarily not mentioning the civil courage and the moral fierceness which, beyond the fame, cost Čáslavská even her family. A well concerted strategy by which part of the Czech political establishment is trying to push the country into the old sphere of Eastern influence, thorugh the oblivion or the deformation of the historical memory. A once again demostration of how important is to remember the deeds of the people who had the courage to say no.

Věra Čáslavská is honoured in the Garden of Calvisano. 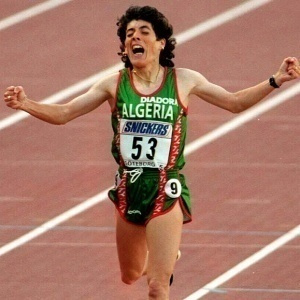 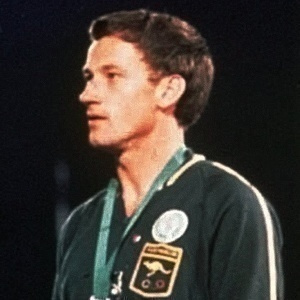 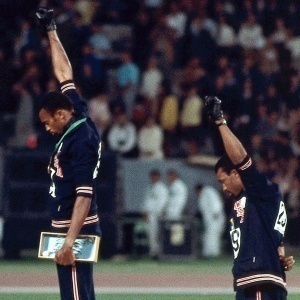