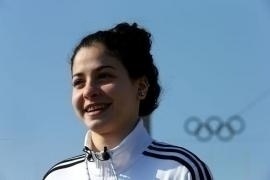 It will be called Tokyo 2020 but will happen in 2021. Historical decision to postponed the Japanese Olympic edition to the next year, following Covid-19 emergency: is the first time that the Games are cancelled in a period of Peace. Last time it was during the years of the First and the Second world war: Berlin 1916, Tokyo 1940, London 1944. An already experienced story, then, for the Japanese Country.

This time we are fighting a different conflict, an enemy that knows no flags, but, compared to 76 years ago, it was not the man who wanted it. We have the opportunity to face this tragedy by collaborating and rediscovering the importance of the international cooperation. And also, maybe, the importance of the positive values of our societies, incluing those concerning sport.

And it is precisely among sportspeople that we find some Righteous figures who fought for life and human dignity, giving us an example which is even more important to remember in those difficult days.

Emil Zátopek
Czech athlete symbol of the Olympic Games in Helsinki, in 1952. Pioneer of the interval training, he supported the Prague Spring and opposed the normalisation by the Soviet tanks. For this reason he was removed from all his positions and submit to forced labor.

Yusra Mardini
Young Syrian swimmer, with the outbreak of war she fled the country. When the rubber dinghy begins to take on water,  she dives in the sea with her sister pushing the dinghy and so saving all the castaways. Since then she fights for the rights of the refugees.

Ludwing “Luz” Long
German athlete, he didn't esitate to suggest the winning strategy to the african-american advesary Jesse Owens during the Olympic Games in Berlin in 1936, becoming universal symbol of brotherhood among the peoples. For this act Hitler sent him to the front in Sicily, where he died in 1943.

Věra Čáslavská
Czech athlete, the best in the world in 1968, she sided with Aleksander Dubček signing the anti-soviet manifesto "Two Thousand Words". In the Olympic Games in Mexico City , shortly after the invasion of Czdchoslovakia, turned her back to the Sviet flag.

Middle distance runner, first algerian athlete to win an olympic gold medal and first African women to win a wolrd title. She was attacked and threaten by islamic integralists in Algeria that blamed her for showing off her body while running.

Tommie Smith e John Carlos
African-American sprinters, in the Olympic Games in Mexico City on October 16, 1968, after getting on the podium for the awards ceremony they made a strong symbolic act, raising the closed fist to reaffirm the battle for the african americans' civil rights in America.

Australian athlete, at the moment of Tommie Smith and John Carlos' protest during the Olympic Games in Mexico City he showed himself sympathetic with the runners' claim, pinning on his shirt the patch of the Olympic Project for human rights.