6 March, nearly a case of predestination 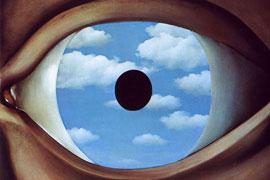 6 March 2007: death of Moshe Bejski in a Tel Aviv hospital. The heart of the 3-decade long protagonist of the activities of the Commission of the Righteous in Yad Vashem in Jerusalem stopped beating. Saved from death by the well-known wheeler-dealer Oskar Schindler, who added him to his famous list, he had emigrated to Israel where he spent his life after the Eichmann trial to thank his saviour and all the rescuers of the Jews. He felt he owed much gratitude and he involved a whole nation in it, although he often complained he was not enough heeded.


One year later…. 6 March 2008: an officer at the City Hall of Fornovo Taro holds a lesson at class 5-A of Technical High School Carlo Emilio Gadda to tell the story of a fellow townsman, a civil servant during fascism, magistrate Pellegrino Riccardi. He worked in the same premises as the register of births, marriages and deaths and he could access the offices where the blank ID cards were kept. He smuggled them out to produce counterfeited documents with fantasy data to use for the let the persecuted – mostly Jews - flee to Switzerland during tha Nazi occupation. A lawman used to enforce rules, who systematically violated them to obey a higher norm, set by his conscience.


Five years later… 6 March 2013: another civil servant, Dimitar Peshev, is remembered in the Garden of the Righteous on Monte Stella hill. As Vicepresident of the Bulgarian Parliament he rescued 48,000 Jews of his country opposing deportation by carrying out a strong public action. After supporting the passing of the racial laws to strengthen the alliance with Hitler, when faced with the death trains he abandoned the Realpolitik and chose to follow his conscience.


They both have received the medal of “Righteous among the nations” from Yad Vashem.  Gariwo asked the European Parliament for to set up 6 March as European Day dedicated to the Righteous against all genocide cases and crimes against humanity worldwide and has obtained it.


2013 is the first year of this celebration, with commemorations all over Europe, with Milan as the leader and inspirer of Brussels, Prague, Warsaw, Sarajevo and St. Petersburg. It was not at all easy to achieve this result. It has taken all the commitment of Gariwo, all the resolve of his Chairman Gabriele Nissim, who has pursued this goal without ever giving up, flying to Strasburg to knock at the door of the European deputies at every session of the Parliament and persuade them about the importance of uniting to reassess the founding values of a shared identity, with an extremely lofty symbolic gesture in the moment of worst crisis of the European institutions.


It took us a continuous effort to keep in touch with journalists, intellectuals, scientists, supported by the very strong mobilitation of the people of the Web users,   through a Facebook campaign which has witnessed the adhesion of a good 46,000 people to let the voice of civil society be heard in the rooms of power and throw down the wall of indifference, distraction, overlooking, lack of understanding.


We have been able to   defuse every lethal mine that we met underway, such as the dangerous mechanisms of competition between memories, the crossed vetoes of national vulnerabilities, the ostracism of the extreme supporters of the various pretenses of uniqueness, mistrust and self-interest. We have run a cross-party struggle to knock down senseless fences. Many friends and coworkers, convinced supporters have helped us by mobilitating on our side.


If we have managed to win over the resistance and the lack of sensitivity of the leading class (except for a few outstanding cases) we mostly owe it to our awareness to act for a sacred goal, of running a struggle of high civil and moral value. Only our persuasion and the passion with which we have run this struggle has granted us the result, against all odds.


In Fornovo the CEG school Gadda committed itself – in complete isolation – to remember the “lawless” magistrate who opposed persecution. It took years of commitment of sensitive teacher, aware of the role memory plays for the younger people, to get the institutions to start caring about that. Also the Vicepresident of the Bulgarian Parliament was forgotten and unheeded for ages in his homecountry. Only the lonely struggle of Nissim, who reassessed the figure of Peshev in his book The man who stopped Hitler, has recovered the dignity of a great character of the Twentieth century who had died in poverty, humiliated and forgotten.


Now the highest institutions of Bulgaria devote him the due respect. The controversial figures, who are too “politically incorrect”, do not easily overcome the ostracism of those who believe they have the monopoly of the interpretation of history.


In the moment of extreme crisis that we are living through, both in the EU institutions and in the member states, and particularly in the situation of major social unrest and decay of the binding of citizenship that is characterizing Italy, the success of Gariwo with the establishment of the European day of the Righteous proves that it is possible to exert a positive influence on the political class, breaking with the force of responsible individuals  into the cloistered seclusion of the parliamentary chambers, winning over consolidated resistances, breaking up the cards and the political balances.


The recent Italian elections have   upset the traditional political order and proven, beyond the possible institutional outcomes and the potential risks, the necessity of thinking political representation and the relationship with citizens. On 6 March the first celebration of the European day of the Righteous reminds that that we, too, together, with the strength of our ideas and the passion of our wills,   from Fornovo to Milan, from Rome to Brussels, from Sofia to Jerusalem can build our own history. After the example of the Righteous.

Ulianova Radice, co-founder of Gariwo, the forest of the Righteous