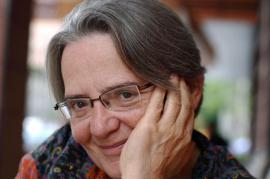 On 6 March we will celebrate the first European Day of the Righteous against all forms of totalitarianism and all cases of genocide. What are the meaning and value of this Day?


Their courage and spiritual greatness should really become a model for all men and nations. We are suffering from a major lack of authority and of models to propose and follow. I believe in our culture of appearance these ordinary men, who in most cases remained unknown, are much better models and authorities than many other people for us.


Who are the Righteous for you?


The Righteous for me are the people who have been ready to sacrifice their comfortable lives, their safety, often also their lives and the ones of their families to rescue other people, sometimes strangers …


How can this Day and the founding values of the European Community educate the younger generations to tolerance and reciprocal respect?


Cries and moralizing exhortations are not enough. Movies and the tales of the witnesses can often be more effective than words. We should try to awaken imagination and empathy. It might even be useful to organize something such as role plays.


What can be the importance of the European Day of the Righteous?


I think it is a very important event particularly for Poland; it is the country with the highest number of Righteous during Second World War; and where the Holocaust took place. Poles and Jews, however, still have to work hard to build bridges towards eachother.


Whom would you suggest for honouring in the European Day of the Righteous, who do you think deserves to be popularized also in Italy, or has lived an extraordinary experience?


No Righteous man is better than other Righteous figures. For me a heroine i salso my Mom, who by the way has been awarded the title of Righteous among the nations because she rescued a Jewish family. And then she has spent her whole life trying to help others. However, there are two very important Polish Righteous whom the world should learn more about, because they have done more than anyone else: Irena Sendler and Jan Karski.


Who are the Righteous for the Poles?


It has not been a long time since the Poles have learnt to appreciate their own Righteous. For years a creeping anti-Semitism and an unconfessed sense of guilt have kept the Righteous outside our lives. They lived among us, but we did not want to get to know anything about them, we did not consider them as our national heroes. This situation apparently started changing nearly ten years ago, mostly because of the shock sparked by the anti-Semitic massacre committed by the Poles in Jedwabne, and thanks to the brave educational policies of two Polish presidents: Aleksander Kwasniewski and Lech Kaczyński.


In Milan, in the Garden of the Righteous on Monte Stella hill there is a tree dedicated to Marek Edelman, to whom you dedicated your movie. Can you tell us something about the value Marek Edelman played in your life?


Marek was an extraordinarily brav, honest… and unbearable man. He was a hero for the Jews and for the Poles, at at the same time he was an unconvenient man for both. He did not accept any kind of compromise. He was also a genial doctor and he thought his vocation was to help others. He taught me about the courage of getting to know the whole truth about human nature. Many of us, and I personally, owe him much.


Was the fate of your family and your friends and relatives an inspirational source for your movie?


Surely did the fate of the Jewish family of my father’s, which all died  in the ghetto, and the fate of two aunts who instead succeeded in fleeing. And then the words of my mother, who told me that as she watched powerless the Warsaw ghetto wrapped in flames she promised herself she would never forget.


How do you think the EU Day of the Righteous could be accepted in Poland?


We will see. As I said, the most important thing to do is not to make it a boring celebration, but an occasion to present the living truth of those men.