The new Righteous at Monte Stella in Milan 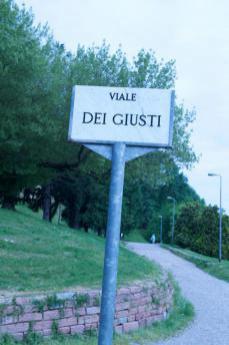 The Association of the Righteous Garden in Milan, gathered up at the meeting on November 28, approved Gariwo proposal about Righteous candidacy for 2013: during the next cerimony at Monte Stella hill a blackthorn and a memorial stone will be placed in honour of Václav Havel, Samir Kassir, Fridtjof Nansen and Dimitar Peshev. The assembly approved also the yearly date at the Garden, on March 6, the same day of the first celebration of European Day of the Righteous.

Moreover the assembly agreed with all the proposals linked to tasks of Association for the Garden of the Righteous.
The documents of the International Convention Le Virtù dei Giusti e l'Identità dell'Europa, organised by the Association on November 9 and 13, 2012 at Palazzo Marino (Milan) will be published this year.
The project includes the realisation of an educational kit with a cortoon bubble about The History of the Righteous and some interactive and learning games.

In the end the Association has totally supported the project to requilify the Righteous Garden, evaluating Stefano Valabrega's idea.
The appreciation of the public space managed by Milan district, with the help of UCEI - Unione delle Comunità Ebraiche Italiane and gariwo, is a part of the works that will be realised for Expo 2012.