Who wants the end of democracy in Armenia? 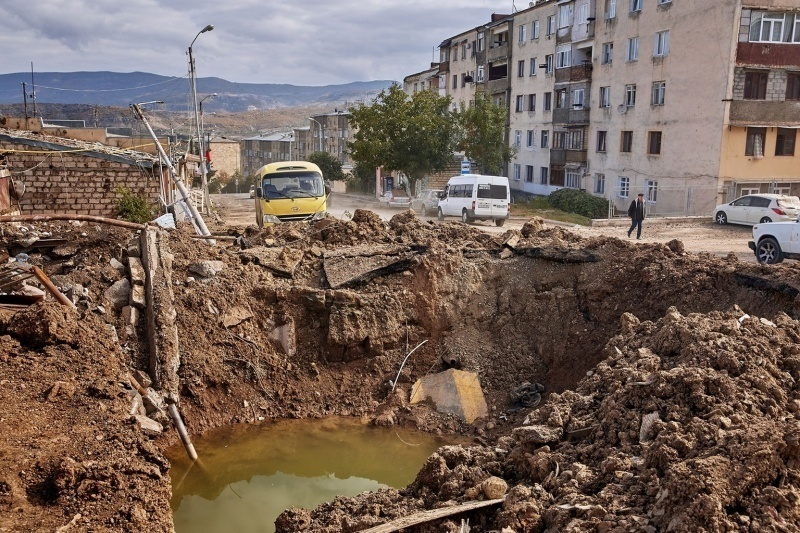 On the evening of April 8, a crowd gathers at the Yerevan airport. There is an air of celebration. The many family members of the more than two hundred prisoners of war still detained in Azerbaijan, both military and civilian, are anxiously waiting: a wait that has dragged on since November 10, when the ceasefire came into effect, suspending the last war in Karabakh without any peace agreement. Many of these prisoners, as confirmed by an investigation of Human Rights Watch, have suffered abuse and torture (also filmed and shared on social media in a systematic way). The end of a nightmare seems in sight. But the plane, which departed from Moscow and passed through Baku, lands empty. Not a single prisoner accompanies Rustam Muradov, commander of Russian troops in Karabakh. As if that were not enough, he immediately accuses the Armenian government: "They have misled the population". All this, please note, after the Armenian Prime Minister Pashinyan had just returned from a meeting with Putin in Moscow.

Not even a month had passed since the incident when Artak Zeynalyan, who represents the interests of prisoners at the European Court of Human Rights, announced the death of 19 of them. A disgrace for the Armenian population and government, just emerging from a bitter defeat.

All this while shooting has been going on for months in Karabakh. There was also shooting when I was there, at the end of December and on New Year's Eve: at the exact stroke of midnight in the outskirts of Stepanakert, the region's major center, gunfire started for a few hours in a ghostly atmosphere: deserted streets, except for cars speeding towards the site of the escalation. I open Twitter, usually the best source of real-time information, especially about the Caucasus. Silence from the Armenian and international media, complete silence. There are many accounts from civilians, in that town and in the villages, of night shots against civilian dwellings and animals, and when I visit Martakert during the day, just before, we still hear gunfire. Then there are the unexploded ordnances: the entire territory is littered with them.

But that's not all: for months, once again after the war, there have been reports of Azerbaijani army raids in Karabakh and Armenia, against a defeated army in serious difficulty. In this regard, I remember the story of some civilians after one of these incursions: gathered in front of the nearest Russian military post, they ask for help and protection. They were afraid: the war, marked by the incessant bombing of Karabakh's towns, was still fresh. But the Russians, officially on a peacekeeping mission, do not move. On the contrary, they systematically prevent foreign journalists from entering Karabakh (I was among the last to enter, and not without difficulty).

The most striking case, however, has occurred in the last few days: an incursion of several kilometers by the Azerbaijan army into southern Armenia. All done, once again, with perfect timing, while the eyes of the world are focused on the Israeli-Palestinian conflict. France, the US, and Canada are protesting at governmental level, while Russia, even if in the agreement of military cooperation that binds it to Armenia (despite the fact that it exports weapons to Baku), is at first defiladed, but then intervenes quietly - after a few days - with the official intention of finding a mediation.

Now, what is clearly emerging is that the new masters of Karabakh - Russia, Azerbaijan, and Turkey - after having ousted Europe and the USA from the table of diplomacy and peace, want to give a very precise direction to the Armenian elections of June 20. And they do so, as is Moscow's habit, by playing dirty: discrediting, manu militari, a government - the Armenian one - that despite the many mistakes made during and after the war, remains the expression of a non-violent and democratic revolution that, just two years ago, had turned its back on a past dominated by oligarchs, corruption and violence.

It will be no coincidence that, magically returning once again from Moscow, the trial against ex-president Robert Kocharyan - accused of being responsible for the death of 10 protesters during the 2008 elections - has been blocked. Not only that: it should be noted how magically, once again, the ultra-nationalist Kocharyan, a champion of corruption, violence, and electoral fraud, was chosen as leader of the Armenian opposition.

For years, and still, during the war, bad journalists and analysts have been trying to tell us the Karabakh conflict as a Russian-Turkish proxy war, with a lot of useless calculations and unfounded predictions. An idiocy, as we have seen in the evidence of facts, and as we can still see today, when the three autocrats (Putin, Aliyev, and Erdogan) who rule in the South Caucasus, have once again found a love match in trying to put the point (of a bullet) to the already fragile Armenian democracy, after having peddled a peace that does not exist (in fact) in Karabakh.

Now, if Armenians want Kocharyan or Pashinyan, they must be free to choose him for themselves, without guided (and violent) interventions by the usual autocrats. The irritation felt by Moscow for the Velvet Revolution that brought the latter to government is more than known and needs no explanation. Now, while in Germany the careers of Aliyev's political servants fall one after the other, while the USA and France try as best they can to remedy the political vacuum left (also in this context) by Trump, Italy sleeps heavily, immersed in the fumes of oil and gas that we import from Baku.

But it's a mistake: the end of democracy in Armenia would have important effects outside the country as well, and it could be an excellent ram's head - for the consolidated trio mentioned above - to "put back in order" even neighboring Georgia, which is experiencing a season of crisis and contradictions. Not to mention the indelible lesson - in the ex-Soviet space - for those who would try to rise up from the oligarchs and autocrats in charge, in a space that goes from Central Asia to the heart of our Europe.

Armenians, after the war, showed great strength in resisting the sirens of violence and dictatorship (a prospect that always looms after defeats of such magnitude). We have a moral debt towards Armenia. That of supporting a democracy that risks imploding under the joint blows of Moscow, Baku, and Ankara.

Europe must knock a blow. And resume turning the spotlight on Armenia in the month that separates us from the elections. A vote in which it is very easy to imagine attempts at fraud, as well as new political and military blows that completely distort the democratic competition.

I know that many representatives of civil society and politics in Italy feel guilty for not having prevented the carnage of civilians in Karabakh during the last war. I know this from their direct testimony. But this is not the time to shed tears. It is time to be vigilant and active. Armenia, eternal phoenix, may be reborn, as it has done so many times in history, but only on condition that the hand of those who want to smother it in ashes today is stopped.