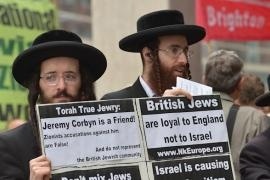 Below we propose the opinion by Nadav Tamir, former personal adviser of Shimon Peres and Peres Center's senior advisor for governmental and international affairs, published in Hebrew on globes.co.il.

Anti-Semitism is a sick, persistent evil - one that we all must fight against comprehensively and diligently. At the same time, many Jewish voices in the United States and beyond are now raising concerns about a potentially harmful effort to enshrine a specific definition into national laws, in a way that could suppress legitimate free speech and debate, and undermine the broader fight against antisemitism.

The issue came up in the aftermath of the US elections following a decision by Secretary of State Pompeo to define pro-BDS organizations as anti-Semitic and consider subjecting them to penalties under American law. Their decision is not likely to be implemented by the Biden administration, which is strongly opposed to the BDS movement but also rightly wary of violating free speech and of treating all pro-Palestinian activism as automatically anti-Semitic.

In addition, there are initiatives to effectively codify or adopt the IHRA’s (International Task Force on the Remembrance of the Holocaust) definition of anti-Semitism into a law. On the other hand, ten progressive Jewish organizations cautioned against any governmental codification of this definition, who warned that parts of the definition are overly broad and that it could be used for political ends, doing more harm than good. These concerns were echoed by other groups like the Reform movement (the largest religious movement in American Jewry). The Biden Administration rightly decided to embrace the definition of the IHRA but not to codify it as law.

Much of the media coverage in Israel distorts the position of these organizations.

The shallowness of the discourse on this issue is reminiscent of other issues in which media coverage ignores the complexity of positions and twists them. Thus, for example, those who think that diplomacy is the most effective way to prevent Iran from acquiring nuclear weapons are presented as supporters of the Ayatollahs regime. Similarly, those who support democratization in the Arab world are presented as supporters of the "Muslim Brotherhood" and those who think that the two-state solution to the Israeli-Palestinian conflict are anti-Israeli.

If this overly broad definition of anti-Semitism becomes law, it will be difficult to persuade liberal and progressive circles to join in opposition to anti-Semitism, as for them deprivation of freedom of expression violates the most basic values ​​of liberal democracy, and therefore they will instinctively take the opposite position.

Studies show that the main lurking danger in public opinion for the State of Israel is the liberal public's distancing from us, due to the anti-liberal positions of recent Israeli governments. In the wake of the Trump years, we risk becoming alarmingly alienated from significant part of the Democratic Party, which has now returned to being the ruling party in the United States, and of American Jewry, who indeed should be treated like an extended family. The use of accusations of antisemitism against those who legitimately oppose the occupation or even Zionism itself will further alienate many of these American friends, without providing any real benefit to Israel.

If opposition to or criticism of Zionism is anti-Semitic, then a significant part of the Jewish people in the past was anti-Semitic, including organizations that today are supporters of the State of Israel and fighters against anti-Semitism. The two ends of the spectrum in the Jewish religious movements - the ultra-Orthodox on the one hand and the Reform movement on the other - also opposed Zionism, and it would be ridiculous to say that they were anti-Semitic.

There are also many who oppose nationalism of any kind, including Zionism. There are many Jews in the BDS movement, and falsely portraying them as anti-Semites or “self-hating Jews” harms both the fight against anti-Semitism and the fight against BDS, which should be based in legitimate, substantive critique and not on exaggerated smears. Accusing critics of Israel and Zionism of antisemitism pushes many who resent the manipulative use of Jewish victimhood to avoid a principled debate on their claims into the arms of BDS.

Although my main argument is against making the IHRA definition a law, there are indeed problematic sections in the IHRA's examples of anti-Semitism. The example - "accusing Jewish citizens who do not live in Israel of being more loyal to the State of Israel and the Jewish people than to the countries in which they live" is one of them. It is difficult to make such a claim when most Jews in Israel accuse Israeli Arabs of considering themselves Palestinians and loyal first and foremost to the Palestinian people. One can argue with such an accusation, and rightly so, but it is entirely legitimate.

Another problematic example is "applying double standards to Israel by requiring it to act in a way that is not required of other countries." After all, we see ourselves as the "chosen people" and so do our evangelical supporters, and if so, it is probably legitimate to demand more from the chosen people. As a secularist, I do not identify with the claim that we are a chosen people by a divine entity, but certainly expect us to take on the responsibility of being a chosen people in terms of our moral values ​​and our treatment of minorities and foreigners, precisely because of what we went through in exile. In addition, the day that Israel is judged by the standards of non-democratic countries will be a very sad day. The "double standard" is actually a compliment, as expecting more from Israel expresses that we are seen as a member of the club of liberal democracies who should set an example -- and that we are viewed as a close partner by the United States and the EU.

In conclusion, anti-Semitism is a sick evil, but attempts to misrepresent all of Israel’s critics or political opponents as anti-Semites - or to ignore the ways that antisemitism is closely linked to forms of xenophobia and racism that also impact other minority communities - is not helpful or wise. Ultimately, we should feel comfortable using the IHRA definition of antisemitism as a tool where appropriate, but not push for it to be codified into foreign governmental laws in a way that will harm our commitment to liberal democracy, or undermine our efforts to form strong partnerships that benefit Israel and the Jewish people.

Nadav Tamir, is an Ambassador of Gariwo in Israel. Nadav was a political advisor to President Shimon Peres, served at the embassy in Washington and as head of the Israeli delegation to the New England countries at the consulate in Boston.