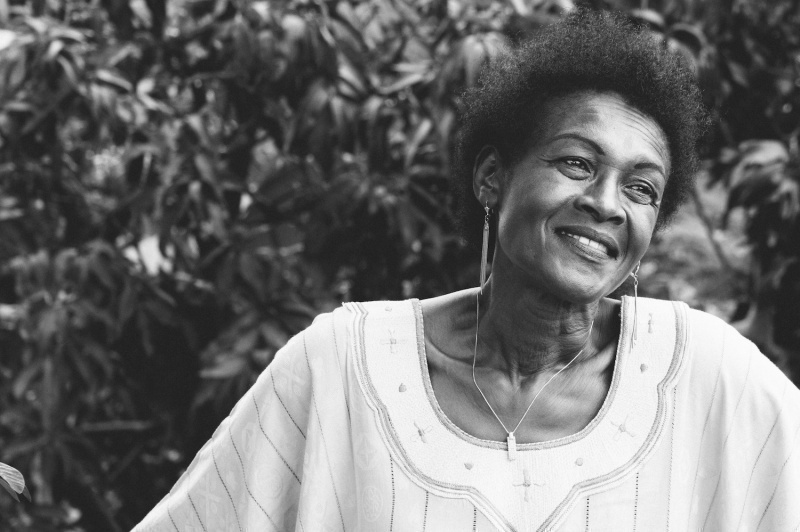 "For the Yolande Mukagasana Foundation for Genocide Research, bringing the Righteous forward is also a way to fight genocide and its ideology. We are convinced that the education of children from an early age is one of the priority tools. Bringing the Righteous to testify is one way of showing that even in the worst situations, humans always have a choice. In a situation like that of Rwanda in 1994 in which all Hutu had the duty to exterminate the Tutsi, we find Tutsi who made the resistance to save themselves and to save others, the army which was sensible to be the army of the victims, it is this same army which stopped the genocide. This research is probably not easy, but it needs to be done.Among many of the objectives of the Yolande Mukagasana Foundation, the Garden of the Righteous in Rwanda will be among the priorities to teach young people the value of humanity that we all carry within us, solidarity with the victims of injustice and patriotism. The Foundation will organize series of testimonies of the Righteous in schools and conferences in which the Righteous will speak after Covid-19 because gatherings are not yet authorized because of this pandemic.", wrote to us Mukagasana and we share with her this great desire to have a Garden in Rwanda to show that solidarity is always possible.

Following is a reconstruction of the genocide and who opposed it, made by Yolande Mukagasana:

In 1994, a genocide against the Tutsi took place in Rwanda, this small country in Africa in which all the population spoke the same language. Rwandans had the same beliefs in one God, got married and had children, in short they had everything in common before Western colonization. It all started since they received an ethnic identity card, received by this same colonization in the name of anthropological science in the 1930s. This ethnicity was based on socioeconomic differences that were transformed into ethnicities and transcribed into pieces of identity. The first victim of colonization was Rwandan culture.

The first ethnic massacres took place during colonization since September 1 in 1959. Even during these massacres, some Hutus did not participate, but neither did anyone speak about them. During these massacres, Hutus hid Tutsi. Those Righteous, no one has mentioned them either. From then on, some of the Tutsi started to flee the country, and those who could not have always lived persecuted by the successive powers after colonization until their extermination in 1994. The Tutsi had no rights since 1959. Tutsi children were not entitled to education. No Tutsi had any civil or political rights and their successive massacres had become solutions to all of the country's crises.

The Christmas 1963 massacres and the early days of 1964 were a genocide that was discussed in the offices of the League of Nations but went unreported. A genocide does not fall from the sky, it is indeed planned by a power. During this genocide, my husband survived  at 13 years old thanks to a woman he did not recognize and never met again. Once again the role of Righteous is still behind but not sufficiently recognized and valued.

In 1994, when the genocide against the Tutsi began, the first to be massacred were Hutus opposed to genocidal power because the place of the Righteous was really non-existent. The genocide was becoming a patriotic work in which every Rwandan had to invest. The Hutu who refused to kill were automatically a traitor and should be killed. The difference was that the latter was killed alone without the extermination of his whole family, unlike the extermination of Tutsi families. This is the reason why we do not see a group of Hutus jointly opposing the genocide against the Tutsi. Resistance to genocide was a very risky and lonely endeavor. Sometimes a child hid his Tutsi friend, and the parents should not be aware. A man was hiding a victim and his wife was not to know or vice versa. There is also a Hutu who was hiding a Tutsi friend and was going to kill a hundred of them. It is very difficult to do this research work which has yet to be done. Today genocide deniers are as much against the Righteous as against the survivors. What is very serious is that those who started the hatred against the Tutsi are dead today. The deniers and revisionists of this genocide are their children and their grandchildren. Like what a genocide is an imprescriptible crime since its ideology is difficult to eradicate.