The Righteous of Rwanda

25 years after the Genocide 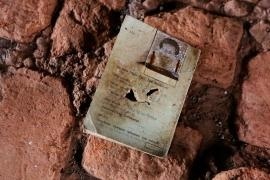 The Genocide against the Tutsis that took place in Rwanda in 1994 was surely the shortest and fastest of history: it lasted three months, and over those three months 1.074.017 were killed. In those three months, over 10,000 people were killed on average every day. The genocide was so fast and gruesome because it had been prepared through strong hate propaganda against the Tutsis, which persuaded many Hutus that the Tutsis were their enemies and one had to kill them all, in the name of a pre-emptive self-defence. For many years, they had lived together, inhabiting the same hills, speaking the same language, shaking hands like good neighbours, but the propaganda managed to arouse in the ones the strong belief that the others did no longer have the right to live. Politicians said so openly in their speeches, the newspapers wrote it repeatedly, and very slowly the Hutus started thinking of the Tutsis as worthless bugs. Sometimes, they were called cockroaches, and actually, they were killed like cockroaches. The people talked about them as about trees that needed to be cut, and some were cut their legs to diminish them and then kill them.

Besides the political discourse and the newspaper publications, a radio station was set up with the purpose of pointing to the Tutsis as the enemy number 1, of which one had to get rid as soon as possible. Many people who listened to this radio station, blindly accepted its messages and got carried away. Once the genocide broke out, the radio kept on calling many people to “work”, that meant to kill. The Tutsis were no more men or women, but cockroaches to smash or trees to cut into pieces by the means of a machete. The radio announced the names of the famous Tutsis who had been killed, it spoke about others who had not been found yet, and in the neighbourhoods as well as on the hills they kept on murdering people, following lists of names of the Tutsi residents, besides the fact that nonetheless they were known in their own districts.

My family was hit hard by this Genocide. It had always been a Tutsi family, therefore persecuted ever since the onset back in 1957, when some Hutu intellectuals wrote a manifesto that contained the hatred and discrimination with which people would need to treat the Tutsis. For example, in those years my father was ousted from the school because according to the quotas of access to education, the Tutsis were too many and they had to leave room to the Hutus. This was presented as a policy of equality in the access to education, jobs and social life in general, but actually, it was nothing but gradual and systematic discrimination against the Tutsis. At age 13/14, my Dad was forced to leave school. He did not return to it any longer. He would then be murdered in 1994, at age 45, in Kigali, where he worked as a tradesman. He would be killed along with some of his brothers and sisters, my grandmother, who was quite old at the moment, my sister, who was 15 years old, and a number of female and male cousins of mine. On my mother’s side, instead, almost the whole family was wiped out. Even if she was saved, along with my cousin (son to her sister).

Despite such a load of hatred and suffering, there also have been people who have distanced themselves from evil, and I am happy to be here to remember, honour and thank them. There would be many, in the whole country, and their number keeps growing because we come to learn more about their heroic bravery now, and every year they are bestowed on some honours in a beautiful ceremony. I will talk about those whom I have known personally.

The first one was our neighbour, a family father who was Hutu but opposed the extermination plan against the Tutsis. He was a friend of my father’s, and we went to his home to ask him to hide us after the beginning of the Genocide, and after we had seen, not far from our home, a group of people armed with machetes, who had come to chase us, and as they had not found us for we had hidden in the wood, took away whatever they could. That man then suggested us to leave his home because knowing he opposed the Genocide, it would have been easy to discover that he hid someone in his home.

Walking secretly and during the night, we managed to reach a church, which was about 10 km away from our home. Hiding in the church could kind of grant us some survival. In the persecutions and murders of the years before the Genocide, many Tutsis saved themselves by hiding in churches, and those were considered as inviolable even by the killers. But in 1994, this had changed. All the Tutsis had to die, no matter where he hid. We were a lot of people, and the parish priest, Father Stany, a Pole who had been in Rwanda for a number of years, closed us all inside the church. He refused to open when he was asked by the militiamen who wanted to control the church, and he managed to send them away, probably by giving them some money or some bag of rice or beans. In spite of our huge number, Father Stany did everything in his power to prevent us from starving, and he managed to do so because he believed in what he was doing and he worked hard. Afterwards, other groups of militiamen came, and a certain point they rejected Father Stany’s gifts. They broke down the church door, they kicked us all out and they started to select the victims, whom they deported on some small trucks to the place where they would murder them. Among them, there was my maternal uncle, and sometimes the last stare we exchanged between us, by which he told each other all we needed to say as our last words, comes to my mind. But Father Stany did not surrender. He refused several times to leave Rwanda, because he did not deem right to abandon us and because he wanted to do everything in his power to save someone. He is said to have saved about 500 people. He is recognized among the Righteous of Rwanda, and the government bestowed an award on him in recognition of his brave deeds.

As a conclusion, I would like to mention Father Mario Falconi, whom I am also proud to call my friend. He is from Bergamo and has lived in Rwanda since the 1970s. I met him in 2004 when I went to study in the high school, of which he was the Director, in an area quite far from the capital. There he lived his life as a parish priest also during the Genocide, and he also refused to go away, when nearly all other Westerners left Rwanda. Many people took shelter in his parish, and he is said of having saved 3,000. He sheltered all those who went to his parish, and he provided them with food for all the time. When he heard that they had killed about 1,000 Tutsis in a nearby Protestant Church, he thought he had to do something. Then he psychologically prepared all the people who had taken shelter in his Church. He told them to prepare to defend themselves, to take all they could and that could help them defend themselves, but without killing. Then he spread a fake news, according to which the area of his parish had already been conquered by the rebellion that stopped the Genocide. Thus, well 3,000 people were saved. They reportedly included also a group of children, who managed to leave Rwanda thanks to his help. He probably took them to Italy, and then back to Rwanda once the genocide had finished. But I should verify this information. Father Mario does not speak a lot about this. He is a quiet man, a man of few words. But well, he saved all those people, and he also received the Rwanda government’s recognition as Righteous against the genocide.

These Righteous people are many, and I have taught of the three Righteous people that I have met personally. But, as I mentioned, their list grows year after years and this is something to be happy and grateful for. I think of the officer of the Senegalese army, member of the UN mission to Rwanda, who saved nearly 600 people by taking them to more or less safe place, while his contingent did nothing, because it received no intervention order. I think of the lady Prime Minister, Hutu but against the genocide, who was savagely killed soon after the start of the genocide, along with the Belgian blue helmets who protected her. And I also think of the other Hutu priest who chose not to attend his father’s funeral, because otherwise he would have to abandon the people he was hiding and sustained nearly alone.

These people’s bravery deserved admiration, but we should also summon it and make it our own today. It seemed nothing else was done in the country but hate and kill the Tutsis. But those who did not let themselves carried away by the propaganda, those who did not blindly trust the political ideology, could recognize evil, stem it and took sides bravely and resolutely with the good.

It would be nice if the whole of us could learn from them to stay on the good side, amidst so much evil that is there in our society and our generation.

Analysis by Eugène Muhire Rwigilira, survivor of the Rwandan Genocide