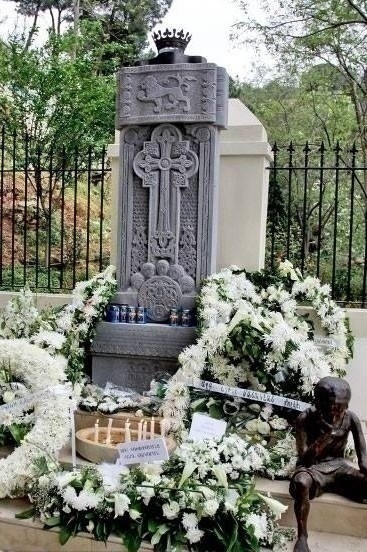 As reported in the press, a surprising discovery has recently come to light in a Canadian school, Kamloops Indian Residential School in British Columbia, opened since 1890 until 1978. Indigenous, Inuit children and children of other ethnical groups were snatched from their homes, taken by force to the Catholic-run residential school where they were converted, forbidden to speak their own language, forced to do hard labour and subjected to physical and sexual abuse.

Malnutrition and epidemics dominated. Genocide culture and actions that resulted in the death or disappearance of at least 4,100 indigenous children. Pope Francis denounced the crime and spoke of “ideological colonisation”. A mass grave with the remains of 215 indigenous children was discovered in the school garden. More recently, another 751 unmarked graves were found near the Catholic school in Saskachewan. According to the National Centre for Truth and Reconciliation of the University of Manitoba, at least 150,000 indigenous children were taken from their families of origin to be raised and educated in Western culture. It was actual forced re-education. Last Saturday night, in retaliation, two Catholic churches in British Columbia were set on fire.

On my recent trip to Lebanon, for the opening of the Garden of the Righteous in Kfaranabrakh, one of Gariwo’s initiatives, the Forest of the Righteous, promoted with the Greek-Melkite father Abdo Raad, I crossed passes, hills and villages, mostly inhabited by Maronites and Druze whose militia seemed to be guarding the area and I reached the village of Antoura. After crossing the village, I found myself in front of three large modern blocks of flats and a perfectly restored old building: the imposing Lazarist institute, which is still operating.

In Antoura, in 1915, a plan for forced Turkification of Armenian orphans who had survived the genocide was implemented. The institute had been a French Jesuit college since 1657, then passed to the Lazarists, but in 1915, at the outbreak of the First World War, the religious were driven out and the college requisitioned by the Ottoman government of the Young Turks.

Gemal Pasha, one of the triumvirs of the Young Turk government that carried out the genocide of Armenians, requisitioned and turned the institute into an orphanage for Armenian children. It appointed Halide Edib Adivar, a Turkish nationalist, known for her sadistic attitudes, as director, in charge of turkifying and forcing Armenian orphans into the Islamic religion.

In 1915 the school housed 800 orphans and 30 soldiers on guard duty. Males were circumcised and given Turkish names, retaining only their Armenian initials: for example, the name Haroutiun Najarian became Hamid Nazim, Boghos Merdanian became Bekim Mohammed and Sarkis Sarafian became Safwad Suleyman. Forced labour, extremely poor sanitation, typhus, disease and food shortages claimed many victims. Four hundred new orphans aged 3 to 15 were taken to Antoura by Gemal Pasha himself in 1916, snatched from the Armenian orphanage in Aleppo run by Swiss missionary Beatrice Rohner, a Righteous for Armenians, honoured at Milan Monte Stella Garden in 2014. Beatrice Rohner had saved them by snatching them from the caravans of death in the desert of Deir es Zor.

Together with Gemal Pasha, 15 young Turkish nationalist women from elite families of Constantinople arrived to help Halide in the cultural upheaval of Christian orphans. In the orphanage, only Turkish was to be spoken, the mullah called for prayer five times a day and punishments were very severe, up to and including bastinado, whipping on the soles of the feet. Every evening the band would play a hymn: “Long live Gemal Pasha”. Thousands of Armenian orphans were interned in this institution during war years. In the summer of 1918 Halide Hanum and her staff left the school because of the retreat of the Turkish army and Turkified Armenian boys started to fight each other; such rebellion was quelled by the Turkish soldiers who were still there. There were still 1,200 Armenian orphans when the Ottomans were defeated and the French and British invaded the region in 1918, finding the school in chaos. When Lazarist father Sarlout went back to Antoura, he realised that the situation was ungovernable. There were still 670 Armenian children. They were rounded up and first of all given back their Armenian names, though with difficulty. Armenian teachers were called in and slowly children were reacquainted with Armenian culture and the Christian religion.

Later it was American Near East Relief Society of Ambassador Henry Morgenthau, a great Righteous for Armenians, which took over the running of the school until 1919, when surviving boys were sent to Aleppo and surviving girls to the girls’ orphanage in Ghazir run by Mr and Mrs Kunzler, missionaries, other Righteous for Armenians. During Turkification, thousands of orphans had died from mistreatment, disease and killings. The custody of others was given to Turkish families who used them as domestic slaves or adopted them to seize the property they had inherited from their parents, who had been eliminated. Even today, surviving Turkish Armenians are called the “remnants of the sword” in Turkey.

Not long ago, 300 corpses were accidentally discovered in a mass grave in the school garden. Today, there is a monument at the site of the discovery in memory of the children who died as a result of the “genocide”, a crime against humanity, cultural, ideological and material genocide suffered by Armenians, the first one of the 20th century. Forced Turkification of thousands of children and women was but one chapter in the overall plan to annihilate the Armenian nation. Coming to terms with the past and documenting the truth of historical events is the first step towards raising a barrier against evil through prevention.

I laid a flower at the foot of the monument erected in memory of the 300 children and continued my journey on the streets of Lebanon in search of the Righteous for Armenians, while thinking of the importance of Gariwo’s work, which honours the Righteous and tries to educate new generations to grasp, today, the signs of evil as they arise, in order to prevent other crimes against humanity and further erasure of human groups and their culture, which are a loss for all human beings.

Analysis by Pietro Kuciukian, Honorary Consul of Armenia in Italy and co-founder of Gariwo