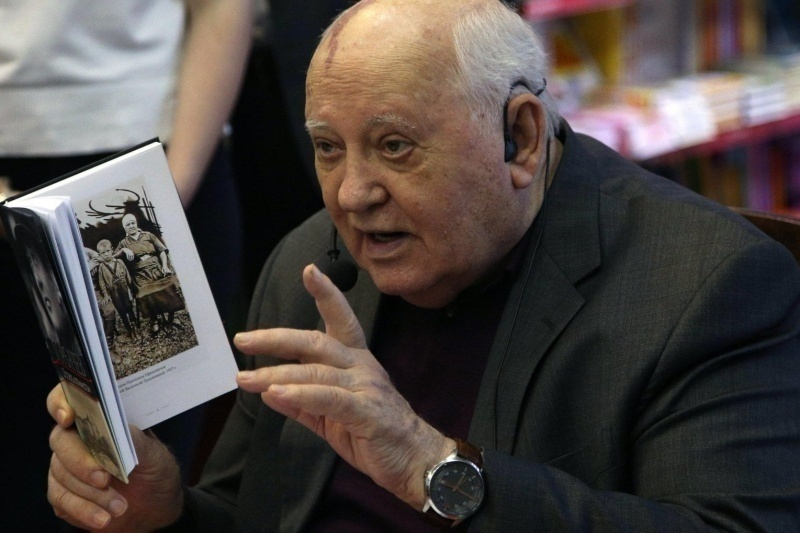 I personally witnessed the Gorbachev effect in two different cases, when nobody yet imagined the potential consequences of the disruptive role that the new secretary of the Communist Party would play in the Iron Curtain countries.

I was in Prague in the spring of 1988 to document the clandestine activities of Charter 77, on behalf of Channel 5 in Arrigo Levi’s program. For the first time in its history, the organization led by Vaclav Havel had called a public demonstration in the centre of Prague to demand the restoration of democratic freedoms. When I asked the leaders of the Charter what prompted them to publicly challenge the regime, they replied that they were confident that, sooner or later, even the leadership of the Czechoslovak Communist Party, which until then had been closed to any assumptions of liberalization, would have to get in tune with the new wind of Perestroika from Moscow.

The demonstration was severely repressed, as most of demonstrators were stopped by the police and accused in the newspapers of being NATO agents. With a ruse, I managed to prevent officers from seizing the reels, in that I handed them blank tapes, while my cameraman hid recorded tapes in his bag. Thus the images of that first demonstration were released in Italy. I remember that, upon my return to Italy, not even Arrigo Levi, a great journalist and profound connoisseur of communism, believed that the old dream of Prague Spring would have a chance, at last, to return to the light in a country where Soviet normalization seemed never to end.

The following year, in April 1989, I was sent by Rete 4 to the border between Austria and Hungary where the Hungarian police had decided to remove electrified barriers dividing the two countries. I remember the great joy of the Hungarian policeman who, in front of the cameras of Western cameramen, was cutting the wire mesh using a large pair of pliers. Working for me was an Armenian cameraman who went out of his way to film the scene from every angle.

“We are witnessing something extraordinary and we need to get these images out to the whole world”. Then, with a great deal of passion, he handed me his footage, which, late in the evening, I forwarded to Italy by satellite link. At that time there was no web and one had to make do. I later learned that those historic images were broadcast at the end of the news, as if they had been news among others.

Instead, it was the first step that led to the fall of the Berlin Wall. Thousands of Hungarians thus travelled freely to Austria in their cars, to be able to purchase washing machines and goods they lacked. But if it was relatively easy for Hungarians to cross the border, it was not so for the Germans of the Democratic Republic. They succeeded for the first time on 19th August when, having a Hungarian tourist visa, they crossed into Austria and eventually, with much glee, went freely into the Federal Republic of Germany. They were the first 900 free individuals in East Germany. The GDR government protested violently at this first exodus of its population. But the tide continued and as many as 19,000 Germans went to Hungary to seek their path to freedom.

What happened in Hungary was the detonator leading to the fall of the Berlin Wall on 9th November 1989, after thousands of people went to the checkpoints, following the words of Günter Schabowski (GDR propaganda minister who, during a press conference, pressed by Ansa journalist Riccardo Ermhan, declared that the politburo had decided to open the gates of the wall to those having a permit). Thus, the wave of the masses was so great that it surprised border guards who were forced to let the passage clear.

All of this could not have happened if there had not been a man like Gorbachev in the Kremlin who, unlike his predecessors, decided not to use military mechanisms to crush popular uprisings that were taking place in eastern countries.

At the time, many international observers – ranging from Sergio Romano to Henry Kissinger and Giulio Andreotti - were convinced that the end of the Soviet empire would lead to new wars, if not even to a nuclear conflict. Few imagined that 1989 would be a peaceful journey from Prague, to Warsaw, to Sofia, as well as to Baltic countries.

This could happen because one man, who was a staunch communist, listened to the weight of his conscience and, although he was not in tune with opponents in the East and their ideas about the market, political democracy, the party’s mission and socialism, he did not want to get in the way of the yearning for freedom that swept through all of Eastern Europe.

When we reflect on the righteous, we usually think of individuals who help, prevent genocide, fight for freedom. We see a positive vision of good in them. However, there are people in history who, while believing in ideologies and visions that are extremely distant from our own, are capable of stepping back to prevent catastrophes.

Gorbachev would not have wished for the end of communism and the breakup of the Soviet empire. He explained this in many of his interviews. But faced with a crisis that could have led to hundreds of thousands of casualties, he chose to refrain.

Gorbachev was not a Vaclav Havel, an Imre Nagy, a man like Michnik and Walesa. He allowed for the end of the Soviet system while continuing to believe in it until the end.

His legacy is very uncomfortable today in Putin’s Russia, who, to rebuild the glories of imperialist Russia, is willing to send thousands of Russian soldiers to the slaughter and destroy entire cities, in Ukraine as he has already done in Chechnya, Georgia and Syria.

Gorbachev taught the world that any reason of state, albeit the best cause, should never be accomplished with blood.

It is that innate form of pietas, Hanna Arendt would say, that compels human beings to act differently from their own opinions. It is this, in the end, the hope that makes us believe in the impossible, even when all seems unattainable or lost forever. And yet it happens.