What do the Youths Know about Communism?

conference at the European Parliament 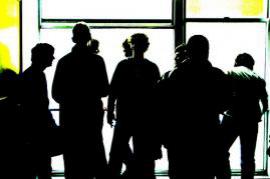 Contribution to the Public Hearing “What do Young Europeans Know about
Totalitarianisms?” from the Working group on the Platform of European Memory and Conscience.

The Working Group demanded European institutions, in particular the European Commission, to consistently use the term “Communism” when referring to the period of totalitarian rule in Central and Eastern Europe in the 20th century, in the same way as the word “Nazism” is being used for Europe’s other devastating totalitarian dictatorship. The limitation to “Stalinism” narrows down the perspective to one part of the period of communist dictatorship, disrespecting and excluding the grave human rights violations and their victims in the years preceding and following Stalin’s rule.


The team also requested European institutions, in particular the EU Council and the European Parliament, to pay increased attention to the situation of archives containing information on the crimes of European totalitarian regimes, to insist on their accessibility and intervene in cases where the archives are threatened, and finally, will prepare a publication and internet presentation called “Memory of Totalitarianism in Europe” which will contain life stories of witnesses of crimes of Europe’s totalitarian regimes. This publication will be conceived as a teaching aid to be used in schools anywhere in Europe.