From Vichy to Rwanda, France reconsiders its past

A first step toward recognition of past moral responsibility 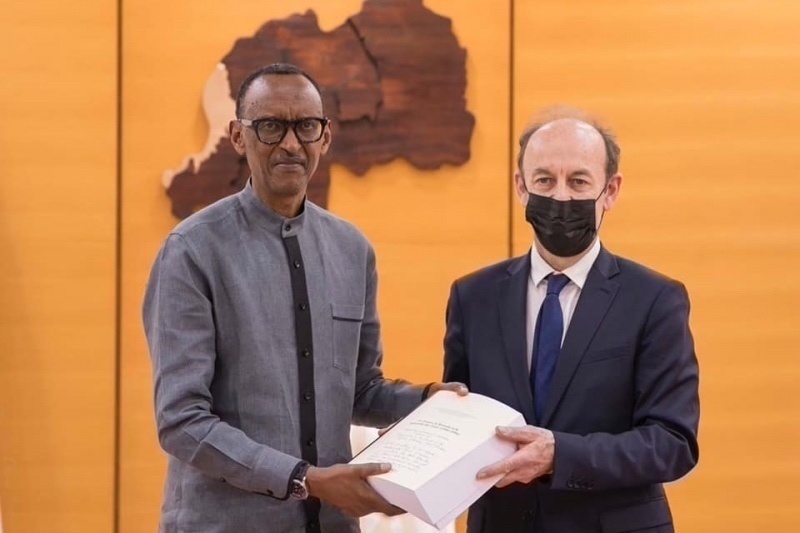 On the occasion of the 27th anniversary of the Rwandan genocide, there has been a lot of talk about those terrible hundred days and how one of the most atrocious and violent ethnic cleansings in history occurred. This year’s anniversary was marked by the release of a report called La France, le Rwanda et le génocide des Tutsi (1990-1994), commissioned by President Emmanuel Macron in 2019 and presented on March 26, 2021. The report, which was put together by a cluster of French historians, prompted soul-searching about France’s responsibilities in having turned a blind eye to genocide preparations.

“Is France an accomplice to the genocide of the Tutsi? If by this we mean a willingness to join a genocidal operation, nothing in the archives that were examined demonstrates this. There was no direct complicity. Nevertheless, several factors fostered Hutu extremism and violence against the Tutsi: France’s alignment with the Habyarimana regime; the army’s excessive armament and militarization; the lack of support to internal opposition; the demonization of the RPF (Rwandan Patriotic Front) as “neither Ugandan nor Tutsi”. The research, therefore, establishes a set of responsibilities, both serious and overwhelming. For a long time, France was involved with a regime that encouraged racist massacres. It remained blind to the preparation of a genocide by the most radical elements of this regime. It adopted a binary view opposing the ‘Hutu ally’ embodied by President Habyarimana and the RPF, which was seen as the enemy. What we assessed was a collective refusal to face the reality that brought things to a head”, said Vincent Duclert, the head of the Research Commission on the French Archives relating to Rwanda and the Tutsi genocide.

“In the end,” the report says, “French authorities were astonished by what was happening, as if acting in the face of genocide was not a possibility, notwithstanding the second half of the twentieth century having been marked by a moral obligation to do whatever it takes to never again allow genocides to occur”.

Emmanuel Macron’s France decision to cast light on its conduct and responsibilities in the Rwandan genocide, one of History’s darkest pages, is all the more relevant if one considers that it came after Jacques Chirac’s mea culpa on July 16, 1995. On that occasion, the former French President publicly recognized the responsibility of France in the Holocaust and the continuity between Vichy and the French state, which his predecessor François Mitterrand had always denied.

Two years ago, on the 25th anniversary of the Rwandan genocide, President Macron appointed Duclert and a panel of experts to produce a public report on the causes and responsibilities of the Rwandan genocide. To this end, Macron gave the experts unprecedented, though still partial, access to French government archives (the commission did not have access to sources related to the Quilès Mission in 1998 or to Jean-Christophe Mitterrand, the former President’s son, who was in charge of African affairs at the Élysée). “The report will examine France’s role and activity in Rwanda from 1990 to 1994; contribute to a better understanding, historical knowledge, and inclusion in the collective memory of the tragedy of the Tutsis, particularly in relation to younger generations”, Macron wrote to Duclert in a letter that was made public together with the report. In the past, Duclert had already chaired an important study on genocides and mass crimes: like the decision to teach the Tutsi genocide in schools, Duclert’s study laid the groundwork for a growing knowledge of facts. “In Rwanda as well as in France, the report nurtured the desire to understand rather than to judge. This pacification seemed unimaginable because of the still-open wounds of the genocide: now, it encourages the expression of the truth, it promotes reconciliation with Rwanda, and it sets the foundations for a renewed mutual trust”, said Duclert.

On April 7, the Day of Remembrance of the Tutsi Genocide in Rwanda, Paris also announced the public opening of the Rwanda archives of former French president Francois Mitterrand, who was in power when the genocide occurred, and of his Prime Minister Édouard Balladur, though other 8000 documents are yet to be made public. Asked by what was happening in Rwanda at the Franco-African summit in Biarritz, in 1994, Mitterrand said that “local chiefs had deliberately decided to conduct adventures at the point of a bayonet or settle their quarrels with machetes”, washing the hands of France and the international community of any responsibility towards those whom they considered being nothing but savages. “President François Mitterrand and his inner circle have a great responsibility in this genocide, but it took more than a quarter of a century before his successors recognized this”, Françoise Kankindi writes. Kankindi, who lost part of her family in the genocide, is the president of an association called Bene Rwanda: in 1994, she was studying in Milan, from where she witnessed the genocide.

On the Day of Remembrance of the genocide, Rwandan President Paul Kagame also welcomed the Duclert report by saying that it marks “an important step towards a common understanding of what happened”.

This massive piece of work, which was handed over to Macron and made available for public consultation, has also attracted criticism for being “solely French” or, as some Rwandan authorities argued, because it lacks reference to some important facts. Yet, the Duclert report has great symbolic relevance not only for France but also for other countries in which nothing has yet been done to shed light on other dark pages and whose responsibilities are still unspoken. The Duclert report also serves as a concrete act, made of historical analyses, which will hopefully lay the foundations to build a more conscious and aware attitude to the horrors of the past, and to those that, unfortunately, despite the “never again” promise, are still ongoing.