Foibe killings, not to be forgotten

the Day of Remembrance 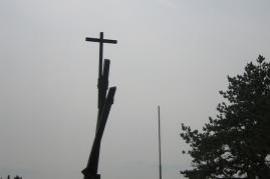 The foibe are sheer vertical sinkholes situated in Istria and Dalmatia, where nearly 10 thousand Italians were thrown from 1943 to 1947. After the signature of the armistice of 8th September 1943, Slavic partisans took revenge against fascists and non-Communist Italians; they buried about a thousand men into the foibe after torturing them as "people's enemies".

When Jugoslavia occupied Istria, Trieste and Gorizia in 1945, many Italians paid for this new wave of violence with their own lives: fascists, priests, Catholics, women and children, socialists were thrown into the foibe. By law no. 92 of 30th March 2004 Italy established the "Day of remembrance in memory of the foibe killings victims".

Address of the President of the Italian Republic Mr. Giorgio Napolitano

"In the most apparent way, the inhuman savagery of the foibe killings marked one of the barbarian crimes of the past century. In fact, the Twentieth Century (...) in Europe witnessed the intertwining of culture and savagery. This is something we mustn't lose our awareness of while bringing out the noblest lines of our historical tradition and strengthening the features of civilization, peace, freedom, toleration, and solidarity of the new Europe which we have been building for over 50 years.