The state of press freedom in Turkey 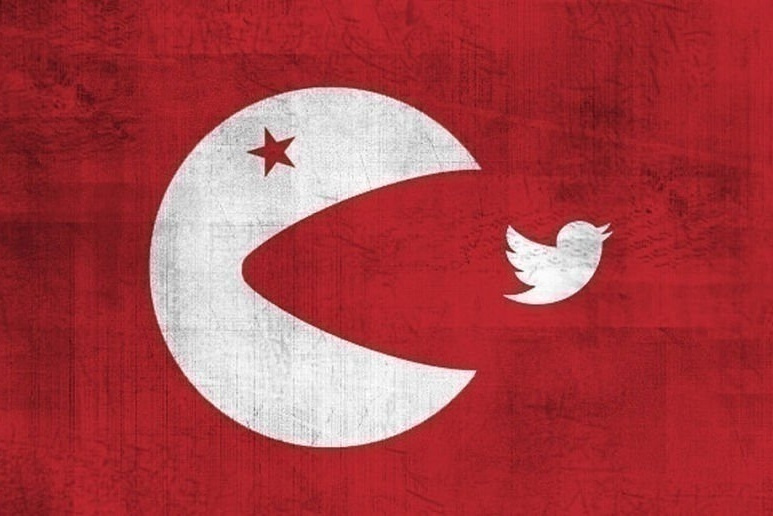 Reporters Without Borders (RSF) in its latest ranking, "World Press Freedom Index," put Turkey in 149th position. In 2005 it was 98th. According to RSF, civil society and the world of associationism are the two important elements struggling in Turkey to try to defend press freedom.

The restriction of this fundamental right manifests itself in four main ways in Turkey. The first, most widespread and well-known one, is the path of complaints and trials, which can end in either temporary detentions or arrests.

Frequently, "anonymous witnesses" are used, and fake evidences are produced after the journalist's arrest. The most common charges are transgression of terrorism laws or contempt of the President of the Republic.

The case of journalist Serife Oruç of the Dicle news agency is an example. Oruç is charged with "membership in a terrorist organization," and among the "evidences" supporting this charge are the statements of an anonymous witness made at the beginning of the trial during an interrogation, but never repeated before the judge despite 19 hearings held over five years.

Finally, long periods of provisional detention pending not only the final verdict but also the indictment are very common. The most emblematic and well-known case is that of Turkish-German journalist Deniz Yucel, who was forced into solitary confinement for a year in Silivri Special Prison without a charge or warrant. The case of Yucel and so many of his colleagues makes us realize that detentions against journalists are highly political.

According to the Expression Interrupted platform working for the P24 association, 67 journalists were reported to be in detention in Turkey between May and July 2022. In June alone, 22 journalists had been taken into provisional detention in the city of Diyarbakir, and for 16 of them arrests were confirmed. Also in the same report, it is reported that in the second half of 2022, a total of 168 journalists appeared before a judge because they had been sued or were already on trial. In the same period a total of 9 journalists were sentenced to 17 years in prison.

In contrast, in the similar report prepared by the main opposition party, the CHP (People's Party of the Republic), again in the first six months of 2022, a total of 350 journalists appeared before a judge, 56 journalists were taken into provisional detention, and to 23 of them the arrest were confirmed.

The second method used against opposition voices is that of aggression and intimidation. The most recent example involves reporter Ebru Uzun Oruç who brings to her YouTube channel the voices of citizens she interviews on the streets in different parts of Turkey.

Oruç in early August released a video asking for citizens' opinions on Devlet Bahçeli, the leader of the Nationalist Movement Party (MHP) and the parliamentary ally of the governing party, AKP.

After a series of threats she received on social media from party militants, Oruç along with her husband were victims of an attack in Istanbul on August 13. The Association of Progressive Journalists (CGD) condemned the attack, calling on the authorities to investigate and find the perpetrators immediately.

The RSF also commented on this incident, which fortunately ended with few injuries, pointing out that similar cases are widespread in Turkey and are the results of collective or individual lynching campaigns initiated by some important members of political parties.

Instead, in the case of Gungor Aslan, there was not much to be done. Aslan was the owner of a local news portal, Ses Kocaeli and was murdered in front of his office on February 19.

In the first interrogation the suspected murderer after admitting guilt said that he had decided to murder Aslan because he disagreed with one of his articles. Instead, according to Aslan's colleagues, it was an organized murder, the result of a collective effort.

The third method of restricting press freedom in Turkey is economic pressure that often willingly forces journalists toward unemployment or opens the way for media closure trials. Once a trial is concluded with the closure of a medium, the auction route is started and often the new buyer is a company that has a political, ideological, or family relation to the ruling party.

In its report published at the end of 2021, the Journalists' Association of Turkey (TGC) specified that in 10 years about 12,000 journalists and reporters have been out of work because they were fired because of the content of their work or because the media they worked for were shut down due to political or economic pressure. The report contains numerous testimonies that spoke of widespread poverty among workers but also of widespread censorship and self-censorship that led to their dismissal or resignation.

Calik Holding bought the media giant Merkez Medya at auction in 2007, paying $1.1 billion. Later in 2013 it sold it to the company Kalyon. The latter according to the report published by the World Bank in 2020 is one of the ten companies taking the most government contracts in the world. In fact, among Kalyon's works are numerous airports, dams, hydropower plants, bridges and state universities.

Es Medya, instead, belonged to entrepreneur Ethem Sancak, a prominent figure in the fundamentalist movement and a close friend of the President of the Republic. Until 2017 Sancak controlled 24 national newspapers and 360 local and national television channels, and that very year he decided to sell everything to Hasan Yesildag. The sale was confirmed by Sancak himself in an interview with Bloomberg. The new owner is a little-known name in Turkey but for some journalists it is a very important person, the former cellmate of the President of the Republic, Recep Tayyip Erdogan. According to some journalists Yesildag worked as a guard for Erdogan during his detention for 4 months in 1997.

Another example of how media profiles are being transformed in Turkey is the case of Turkuaz Medya. In 2017 Turkuaz Medya bought at auction 2 TV channels and 5 radio channels previously belonging to Gulen's community or close to his ideological line. Gulen's religious and business community is that reality, a former ally of the government, accused of being the origin and implementing of the failed 2016 coup. During the state of emergency, from 2016 to 2018, various media owned by or close to Gulen were shut down, confiscated, and sold at auction.

In 2003, lawyer Fikret Ilkiz in his detailed paper published in the BiaNet news portal, and in 2017 university professor Burak Celik in an academic research paper, talked in detail about how the media in Turkey was being controlled by certain companies. Instead, with a 2017 report by journalist Abdullah Köktürk, he showed how the political and ideological positions of the mainstream media controlled by the companies mentioned above were now definitely and evidently aligned with those of the central government. So in such a situation, opposition voices find little room for expression and employment.

The last element that is often used in Turkey to restrict press freedom is the law. In recent years, the ruling coalition has introduced a number of legislative changes under the excuse of "protecting the serenity of the people, defending family values and national security."

However, in reality these changes have brought further censorship and restricted expression in the media. The latest example of this is the proposed law "against disinformation" that the governing coalition is trying to pass. Under this law, making disinformation would be defined as a crime, punishable by up to 3 years in prison. The definition of the crime is very general and wide: "Spreading news with the aim of creating panic, fear and concern, causing danger to national security and spreading information harmful to public health and order." The proposed law would also cover websites, and the journalist found guilty would lose his or her accreditation.

Finally in order to be more effective, the law would require social media to have a representative office in Turkey and a representative of Turkish citizenship. In the case of an investigation into "disinformation," social media would be required to provide the contact details of one or more users, and in the event that they do not respond to the request, the bandwidth they use can be reduced by up to 90%, and finally their service could be prevented for up to 6 months.

This scenario, illustrated briefly and with some example elements, helps to understand that Turkey is not an easy and safe country for those working in the world of information. The situation recounted in this article is the result of a political and economic design targeting the independent information world, which when necessary can challenge the work of administrative power. Although the most popular tool seems to be detention, there are numerous alternative methods to prevent work and intimidate the thousands of journalists and reporters who do not end up in jail and try to do their work properly and honestly.