Srebrenica, it was genocide 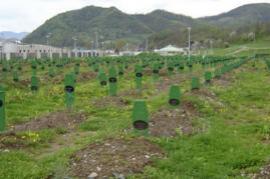 Srebrenica, the Memorial of genocide in Potocari

Life in jail was handed down to Vujadin Popovic and Ljubisa Beara, the militaries guilty for the Srebrenica massacre of July 1995. Punishments from 5 to 35 years jail for other 5 officers. Before the International Criminal Court for the Crimes committed in the former Yugoslavia (ICC) they were accused of planning and taking part in the massacre aimed at evicting the enclave of Bosnian Muslims protected by the UN and to eliminate all men from Srebrenica by murdering 8,000 of them, including elderlies and boys.

The verdict reads out as follows: “The scale and nature of the murder operation, with the staggering number of killings, the systematic and organized manner in which it was carried out, the targeting and relentless pursuit of the victims, and the plain intention — apparent from the evidence — to eliminate every Bosnian Muslim male who was captured or surrendered proves beyond reasonable doubt that this was genocide”.

The director of the office of the Serbian National Office for Collaboration with the ICC Mr. Ignjatovic declared: The Court of Appeal may express a different advice, but it is apparent that both the ICC and the Tribunal took the stance that in Srebrenica in July 1995 the Serbian forces perpetrated a genocide against the Bosniak population and, whatever may be the liking of this legal definition, it will be very hardly changed”.