20 years after the wars in the former Yugoslavia 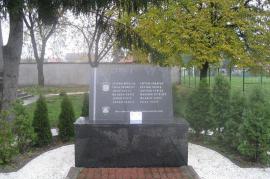 The Flag of Borovo Selo

On 1 May 1991 in Borovo Selo four Croatian soldiers who had tried to hoist the flag of Croatia instead of the Yugoslavian one were assailed and abducted by the populace. The following day 150 policemen were sent to Borovo upon order of the Croatian authorities of Osijek with the task to free them, but a group of Serb militias confronted the Croatian policemen: twelve of them were killed and twenty injured; some of the Serb militias were killed as well.  The bodies of Croatian policemen were mutilated by militants. According to Croatians and some foreign observers, damaging the bodies was a gesture to fuel the ethnic hatred. This incident initiated the conflict in the former Yugoslavia.
On the April 5, 1992 the Serb snipers opened fire on the popular demonstration that killed one of the demonstrators in Sarajevo. The day after the European Union enshrined the independence of Bosnia-Herzegovina, the Serb deputies declared the secession of the Serbian republic of Bosnia and Herzegovina; this declaration triggered the violence in the country.