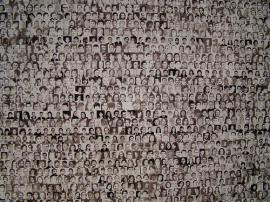 A poster with desaparecidos faces

More former Argentinian leaders have been turned to police. Some of the guilty for the tragedy of desaparecidos have been arrested: among them José Martinez de Hoz, the regime's ideologist, and Reynaldo Bignone, the last General.

Last week the Supreme Court deemed the 1990 pardon of Martinez de Hoz as unconstitutional. The economist was hence arrested over crimes against humanity including the execution of the abduction and torture of opponents Federico and Miguel Gutheim, father and son.

In December 1983 Bignone was compelled to yield power to Raul Alfonsin's democratic government. The newly established Argentinian democracy was fragile and the military power forced Alfonsin to sign the so-called "amnesty laws", abolished only in 2005, that struck out the crimes committed during dictatorship. The militaries and their subordinates were thus pardoned.

What later has allowed for the trials have been the charges of child abduction, a crime which is not under the status of limitations in the Argentinian criminal code. In many cases in facts the militaries kidnapped the opponents with their children. This is the legal leverage that enabled to bring Videla and his accomplices back to jail.

The Country is shocked by the recent finding of mass graves with the corpses of gen. Jorge Videla's victims. He had already been sentenced to life in prison and is now accused of more kidnappings, tortures and murders of opponents and children thereof, including babies.