she was pardoned by the President of the Republic 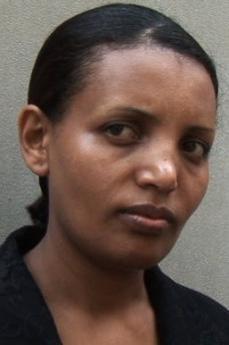 Update 7 October
The leader of the Ethiopian opposition who had been jailed since last December gets back to her family. Yet her Country faces an escalation of death verdicts against the dissidents.

25 May
Lady Freedom excluded from elections
the Ethiopian leader held in isolation
Ethiopia casts its ballots without Birtukan Mideksa, a former judge and leader of the Unity for democracy and justice party. The woman could not run in the race because she was condemned to life jail by Meles Zenawi's government after leading the opposition protests at the 2005 elections.
Her party admitted having few victory chances and reported the repeated intimidation carried out against the opponents to the TPLF party.

Birtukan Mideksa was freed in 2007 following a difficult political mediation, but she remained outside jail for a very short time. When she returned from a conference in Sweden where she had declared she had not called for pardon, she was newly jailed and put into isolation with the ploy of “life jail renewal".

Birtukan Mideksa, who is often compared to Burma activist and Nobel prize laureate Aung San Suu Kyi, is the single mother of a 5-year old girl, but she doesn't give up her fight against dictatorship and the culture of violence dominating her country. In a letter from prison she wrote: "A peaceful and lawful struggle can be carried out only within the limits set by the ruling party and individuals and not according to what the Constitution allows. And for me it is extremely difficult to accept this".