The file on Gino Bartali at Yad Vashem

with the testimony of a woman from Florence 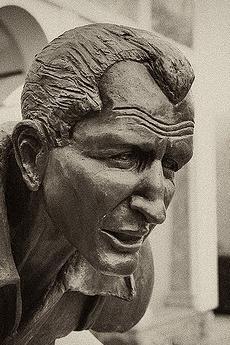 The statue of Gino Bartali (Photo by tetedelacourse)

Gino Bartali could be awarded the title of Righteous among the Nations by the Israeli museum of Yad Vashem in Jerusalem.
The first testimony useful for the opening of his file comes from Giulia Donati, a woman from Florence who has lived in Israel since 1974. The champion took part into an action coordinated by Delasem which took nearly 800 Jews into safety.
The racer shuttled in the Tuscanian countryside with his bike to deliver the documents to be forged to the San Quirico monastery. Those papers opened a precious runaway option for the Jews hidden by the nuns. The champion put the documents under the saddle and into the crossbar of his bycicle and thus eluded every control with the excuse of trainings.

Giulia Donati recalls the escape of her family from Florence to Secco, a small outlying hamlet of Lido di Camaiore where they were offered a home thanks to two elderly sisters, Isabella Pacini and Settilia Crocini. Suddenly the champion in person shows up at their door carrying the forged documents to give the Donatis. But Settilia doesn't recognize that cyclist, nor does she understand why he knocks so relentlessly, so she sends him away. Once the misunderstanding had become clear, the two sisters decided at the beginning not to tell it to the Donati not to make them worry more: the event was exposed only at the end of the war.

In the next days Giulia Donati's account will be translated into Hebrew and sent to Yad Vashem.