a bon vivant who become a Righteous 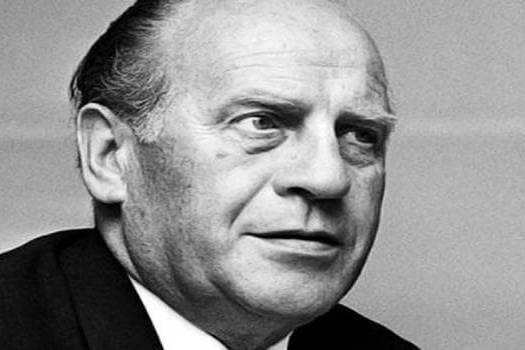 The following text by Mordecai Paldiel is part of the "Yearbook for Antisemitism Research 30", edited by Stefanie Schüler-Springorum for the Center for Research on Antisemitism at the Technical University of Berlin.

Schindler’s background involved a series of twists and turns, and he had a flair for adventure and a penchant for dangerous endeavors. Born in 1908 in Zwittau, Moravia, then part of the Austro-Hungarian Empire (after 1918, part of Czecho- slovakia and today, Svitavy in the Czech Republic), Oskar Schindler was known as a bon vivant. After the Nazi assumption of power in Germany, Schindler decided to work for the German military intelligence, the Abwehr, and became a professional spy.

In September 1939, soon after the German occupation of Poland, Schindler appeared in Kraków, a city he knew well from before, to cash in his dividends with the Abwehr and choose a confiscated firm as a paid trustee for the occupation authorities. His choice was the Rekord enamelware company, which, on the eve of war, was experiencing bankruptcy. Preferring to purchase the firm rather than manage it as a paid trustee, he changed its name to DEF (Deutsche Emailwarenfabrik). The company manufactured enamel products such as mess kits and kitchenware, but also shell casings. Its location in the Zabłocie area in the Podgórze district, close to the Jewish ghetto established by the Nazis, facilitated the use of Jewish labor in ever growing numbers and thus ensured their temporary survival.

When the Germans began liquidating the Kraków ghetto in early 1943 and transferring many Jews to the newly created Plaszów labor camp, noted for the brutality of its commander Amon Göth, Schindler utilized his good relations with high German officials in the Armaments Ministry to allow him to set up a socalled affiliate of the Plaszów camp on his factory grounds for the ostensible purpose of increasing production. In truth, the purpose was to avoid the horrors inflicted on his expanded Jewish labor force of 900 when they returned to that notorious camp after a day of labor in Schindler’s factory. He consequently had special barracks built for his workers on company grounds. In late 1943, he traveled to Budapest to meet with Dr. Rudolf Kasztner, who headed a rescue organization there, and report to them on the liquidation of Polish Jewry. On this occasion, Kasztner agreed to help funnel monies to Plaszów camp inmates and also arranged for pictures of the camp to be smuggled out to Hungary – both highly risky ventures for Schindler.

In October 1944, with the approach of the Russian army, Schindler was able to talk his way into being allowed to reestablish his (at that point defunct) enamelware company as an armament factory in Brünnlitz (Moravia). In a rescue operation of Jews unparalleled in Nazi-occupied Europe, he was able to take along some 1100 Jewish workers from Plaszów camp to his relocated factory. Some 800 men arrived in Brünnlitz via the Gross-Rosen concentration camp and some 300 women after a harrowing several weeks in Auschwitz. In Brünnlitz, the 1100 Jews were given the best possible treatment under the circumstances (food, medi- cal care, and religious accommodations).

When Schindler was informed that a train with evacuated Jewish detainees from the Auschwitz-affiliate Golleschau camp was stranded in nearby Zwittau in the sub-zero weather of January 1945, he received permission to have the passengers transferred to his newly established factory. His workers had to force open the ice-sealed wagon doors and remove some 100 frozen and skeletal-looking Jewish men and women who were then swiftly taken to the Brünnlitz factory and nursed back to health, an undertaking to which his wife Emilie was devoted. A dozen or so of the corpses found in the train were buried with proper Jewish rites in a plot that Schindler purchased. Schindler stayed on with his 1200 Jewish workers to the very end of the war, May 8, 1945, and supplied them with additional food, clothing, and even weapons in case they needed it to defend themselves against desperate, marauding SS units.

Learn more about Schindler's story and the debate over his recognition as a Righteous at Yad Vashem in Jerusalem.