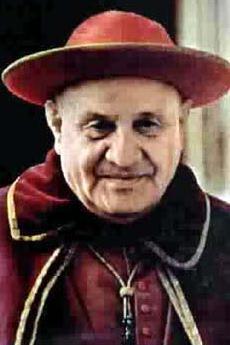 On the 29th of April, 2013,  there will be the International Conference in the capital of Israel, honoring the memory of Pope John XXIII, the Holocaust, the Jews and the State of Israel, which is organized by the International Raoul Wallenberg Foundation - a nongovernmental organization active throughout the world that promotes the moral legacy of the Swedish diplomat Raoul Wallenberg and other "Righteous Among the nations" and rescuers of Jews.

The creator of the Wallenberg Foundation Baruch Tenenbaum, who will lead the working group dedicated to Roncalli and the Establishment of the State of Israel; the Jerusalem Post emphasized the importance of remembering Pope John XXIII, who was one of those above the Cardinal Loris Capovilla, who will be recognized as Righteous of Bergamo in Yad Vashem

"Back in the 1940s, as the apostolic delegate of the Vatican in Istanbul, Cardinal Roncalli spared no efforts to save as many Jews as possible from the Nazi extermination. He went out of his way to help the beleaguered Jews.

Among his deeds was the dispatching of “certificates of immigration” to Palestine via the Vatican’s diplomatic courier. He also overtly intervened in favor of Slovakian and Bulgarian Jews. Had he only done this, we would say “dayenu,” enough”.

In February 2011, the International Raoul Wallenberg Foundation, a global-reach NGO I had the honor to found, together with the late US Congressman Tom Lantos, submitted to Yad Vashem a voluminous dossier with evidences of Roncalli’s life-saving feats during the Shoah and with our strong recommendation to have him recognized as Righteous among the Nations. Our request is still pending.

After the war, as papal nuncio in Paris, Cardinal Roncalli made another great contribution to the Jewish people."

Tenenbaum also mentioned that Roncalli was committed by the United Nations to obtain approval of the plan for the establishment of the State of Israel, going beyond his role and fighting the same trend of the Vatican to support the Latin American countries, which eventually voted for the partition plan of 1948, almost unanimously, with the exception of Cuba