​Refiloe Jane and the girls of Soweto

interview with the AC Milan footballer about her charity foundation 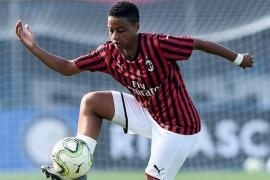 For a long time Soweto has been the largest black township in South Africa. Established in the 1930s as a ghetto for Johannesburg’s black people, it has been the engine of resistance against the racist apartheid regime, as well as Nelson Mandela's home. Here, in 1976, the police killed at least 176 students during the uprisings and few years later, in the 1980s, residents launched a boycott campaigns against the government.

Today Soweto embodies all the social and class divisions within the black Southafrican community. Around Soweto’s streets you can sight luxury cars, fancy skyscrapers as well as huge slums and an incredibile number of unemployed young people.

In this context, Refiloe Jane was born and raised. Star of the South African women’s National Team, on September 2019 Jane moved to Milan, where she plays as a midfielder for AC Milan.

Jean-Paul Sartre wrote that “in football everything is complicated by the presence of the opposite team.” In some cases there are further complications. Especially when you are a woman and want to play in a "male" sport and you live in Soweto.

As she usually says, Refiloe was lucky to grow up in very a united family, whose strength is a strong religious faith combined with a sport-oriented discipline: "As my brothers played football, I felt in love with this sport by going to training with them".

The values she learned became a manifesto of resilience that she decided to share with the other girls of the city. Fifi - as Jane calls herself - has created a foundation that bears her name. But, contrary to what usually happens in these cases, the Foundation is not just a positive way to promote her personal brand with charity.

The Refiloe Jane Foundation is the very reflection of Fifi's life and philosophy, a social laboratory where professional educators train wannabe footballers to become responsible women and men.

When off the pitch, Refiloe dedicates all her energies to the Foundation, as AC Milan's captain Valentina Giacinti has been able to ascertain. Giacinti decided to spend her last Christmas holiday alongside Refiloe in South Africa, alongside Fifi and all the girls of the foundation. The output of her visit was an enthusiastic series of posts on her social networks.

As Refiloe Jane decided to sign Gariwo’s Charter for Sport, we decided to meet her for an interview at AC Milan’s Headquarters. With the hope to meet each others at the Garden of Righteous in Milan, once the pandemic emergency is over.

Refiloe, why did you decide to start a foundation?

I saw how young people in my community didn’t get opportunities to grow and become better people in society. Many things seemed far fetched for them. So I realised we could try to bring these opportunities closer to them. Giving them the hope they needed.

How does it work? How many people are involved? Who are the beneficiaries?

It has just started with having held only one coaching and life skills clinics. We identity kids from disadvantaged communities who have passion to play sport and grow and also want to get far with education. So far there are 4 people fully involved with the foundation.

How is like to grow in Soweto? How football has impacted your life?

Growing in Soweto is never easy and without the right support in order to get far in life, one can easily fall into the trap of teenage pregnancy, drug abuse, skipping school and loss of hope in life. Football played a huge role for me because it kept me away from the streets from an early age. I was so focused in football that there was no time for me to be thinking about anything else besides football.

What’s missing in women’s football in order to reach the same interest generated by the mens’ one?

Gariwo works to spread the stories of the righteous. Which figures had a major impact on you and why?

Sport plays a huge role in society, it can sometimes save the world. The behaviour of athletes, supporters, and journalist can positively impact on the democratic life in our societies.

What is the athletes’ responsibility?

We should convey the message that the beauty of sport as enrichment of the human person.

In the last few years, here in Italy we faced several cases of racism among footballers. What’s your opinion on that? How is the situation in women’s games?

In terms of racism on the women's game I haven't come across it. We always read about it with the men's game. Racism has no place in our society, it just doesn't make sense how one can hate another just because of the colour of their skin.