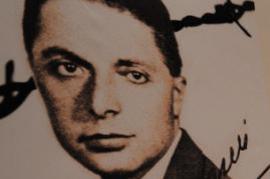 The controversy that followed the 2013 New York Times publication of the statements of the Primo Levi center that questioned the veracity of Giovanni Palatucci’s heroism during WWII has largely subsided. In fact, the Jewish Holocaust Memorial has reviewed the evidence on the actions of the Italian police and concluded that the police commissioner Palatucci with his uncle, Monsignor Giuseppe Maria, Bishop of Campagna, really saved the Jews.

“There is no new “fact" that justifies a revision of the recognition of Righteous Among the Nations awarded to John Palatucci ," announced Professor David Cassuto of the Commission of the Righteous at Yad Vashem. Holocaust historian and writer Roberto Malini stated: " The evidence is conclusive and numerous. Revisionism on the figures of the Righteous is a serious and incomprehensible phenomenon that negates the value of the testimonies and opens the door to denial. If one knows the protocols that Yad Vashem follows before recognizing a Righteous among the Nations, you know they are scrupulous and what evidence is needed before a decision is reached by the Commission.”

The case of Palatucci has quickly spread across many newspapers and has provoked a hot debate about historical revisionism. All in all, his rescue of one Jewish woman has been confirmed by the organization and his status as one of the Righteous is no longer in question.