The memory of the Righteous and Europe's identity 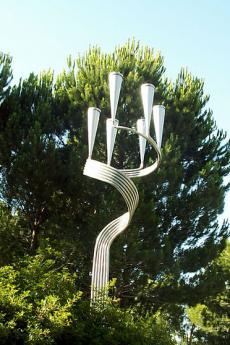 On May 10th, 2012, the European Parliament of Strasbourg approved a resolution which institutes March 6th as the annual European day in memory of the Righteous.

The notion of the Righteous was conceived by Yad Vashem in Jerusalem for non Jews who rescued persecuted Jews during the war and who by their example were recognized as heroes in front of the whole humanity. However, in the meantime the term “Righteous” is not any longer limited to the Shoah but became a symbol to remind us of the heroes of all genocides and totalitarian regimes who had the courage to defend human dignity and to protect lives. The meaning of the EU Parliament decision relates to one of the most fundamental value of European culture, namely the importance of human life  and one’s own personal responsibility and dignity.

As the Bible says it “Who saves a life saves the whole humanity”. This is the basis upon which the Law in favour of the Righteous was passed by the Israeli Parliament in 1953. It finds similarities in the antique stoicism philosophy. The Righteous name was also used by Emmanuel Kant, to remind us to accept with serenity, situations which are beyond our control, like death and illness but also to defend without compromise our own moral values. This is the freedom of each of us who cannot change neither the world, nor the past but who may instead defend, in various ways, their dignity and their neighbours in an independent and sovereign manner.

This is the principle defined by Yad Vashem which states that a Righteous is a man who risks his life by helping and rescuing victims of persecutions. This reminds us of Socrates who died to defend his own moral values rather than compromise on his principles. Similarly, Sallustius Salerno, a follower of Platon who considered in the fourth century that Goodness transcends the importance of life. He wrote that an honourable person who is ready to sacrifice his own life to defend his homeland, the people he likes and his own dignity can be considered as a Righteous.

This is why people become Righteous, not only during normal circumstances but more particularly in times of hardship like under dictatorial or totalitarian regimes when people are persecuted racially or politically. It was not for the pleasure but to find happiness that Plutarque, quoting Diogene the Cynical wrote “An honourable person does not need to celebrate everyday but for virtuous people each day is a splendid celebration”

Naturally, those who defend human dignity and personal values can be confronted with overwhelming challenges like Jan Patočka, the great Czech philosopher, founder of Chart 77 experienced it. During the time of the communist dictatorship, he wrote an appeal to his Nation stating that those who have the strength to defend the truth, freedom and dignity have many reasons to celebrate. Jan Patočka died of a heart attack after standing up to his communist secret police torturers. Many others went through the same ordeal including those who took the risk to help Jews during the war. They were all motivated by the same spirit of dignity and resistance. Their spirit was similar to Patočka ‘s principles when he wrote” The values we need to defend are identical to those that are worth suffering for”

We may therefore hope that after the EU historical Parliament decision, the Jewish specific reflection on the Righteous can be merged in an extraordinary and fruitful manner into our highest European cultural and spiritual values. It would be a pity if this opportunity of dialogue and cooperation would not be taken up by Yad Vashem, particularly if they limit their reflection on the Righteous strictly and only to the memory of the Shoah.

But this is not the only aspect involved in this debate!

This debate takes an additional political dimension during the moral crisis which Europe is going through.
Today many Europeans who are unpredictably confronted with economic challenges are tempted to go back to nationalism and to forget the meaning of our European common roots and values.

To remember the Righteous who fought against racial laws, who contributed to the elimination of the Berlin Wall and the iron curtain, who committed themselves to the prevention of genocides and the defense of truth against totalitarian regimes are extraordinary examples to follow and are the pillars of our European identity. The defense of the truth, democratic values and pluralism, the moral and legal protection granted to other people and refugees, without falling into evangelism are important aspects of our European culture. The importance of forgiveness is also a key human value. These are not abstract philosophical aspects but are the basic principles upon which our European community is being built. Socrate wrote in the Memories of Senofonte “Ethics is not transmitted with words but with true examples”. He added “When words are missing, I show what is justice and generosity with my own actions”

This is the meaning of the memory of Goodness, personified by the Righteous’ stories. To highlight these stories and to transmit them to the younger generations is a form of moral protection to help them become actors of their own destiny in times of hardship, instead of promoting useless verbal condemnations against corrupted and dishonest people.

Righteous do not offer ready-made solutions or testaments but are showing like Antigone that by defying unjust laws, they teach us new rules of conduct against evil behaviours and above all the capacity to think independently.
How to make a reality of the European Day for the Righteous after the EU Parliament resolution approval?
There are no rules or guidelines: it is not going to come from above or from a single institution, like Yad Vashem did it since fifty years. It will be realized in a large variety of ways at the national level. It will be up to each Nation to remember their heroes who along the years defended exemplary moral values and who can serve as models for all.

The Righteous is a citizen of the world and does not belong only to one Nation. This is why it would be significant if in all European capitals, like Paris, London, Prague and others, Gardens for the Righteous would be created who would remind us of the many heroes who fought against fascism, who defended the Armenians and who resisted against communism. Righteous unite our humanity and teach us the desire of being virtuous!

Gabriele Nissim, Chairman of Gariwo, the forest of the Righteous