A tree for Etty Hillesum 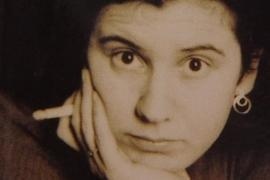 A few weeks ago I learned that on next 6 March, between the five trees to be planted in Milan in honour of five Righteous in history, one will be dedicated to Etty Hillesum.

This choice makes me feel particularly moved: back since 1999, when I published by book Un'estrema compassione - and Hillesum was still unknown to most people - I have had a very deep human and cultural experience. I was invited to many cities, schools, secular and religious places, above all in Central-Northern Italy, to talk about her. Then once to Bari, once to Sicily, once to Cagliari and also to Naples, and again to the radio program  Uomini e profeti (Men and Prophets), and then during the video-documentary of film director Werner Weick for the beautiful series of Filo d'oro (Golden thread). All these encounters have also taught me how difficult it is for many people to accept the message the life and writings of Etty Hillesum have sought to leave us. Often, we witness to a need to label her, and too many people would have rather even sanctify her than try to assume her teachings in their own lives. This is the reaction, I am most sorry about because ever since I wrote my book I have cared a lot about keeping faithful to her words, and I have assisted to a competition set out in the Netherlands between the various Christian churches, that nearly betrayed the real essence of Hillesum.

Etty was a young Jewish woman, very emancipated both culturally and in her lifestyle. There are many examples of this: her love of Jung rather than of Jewish Freud, her quotations both from the Old Testament and from the Gospels (above all Matthew's one), her readings of Augustin, the Russian authors, her beloved Rilke…

Why consider Hillesum, murdered in Auschwitz on 30 November 1943, not only as a victim of Nazism, but also as a Righteous in history?

We talked about it back in 2000 with Gabriele Nissim, to assess whether it would be consistent to quote her in the upcoming meeting in Padua about the Righteous and the extermination of the Jews and Armenians.

The meeting had a meaningful subtitle: "You can always opt for Yes or No”.

Remembering this today has a deep resonance in me because we are living in gloomy times, and the strong reminder to the sense of individual responsibility - one of the cornerstones in Etty Hillesum's life - is fundamental today.

It is well-known how she always tried, despite being a victim, to continuously bear witness to the necessity of evil and the dangers of hatred, also against the Germans. Hatred is a human feeling, but it is harmful to those who practice it. It poisons one's inner world and makes it even more inhospitable, like Jewish Paul says in his first letter to the Corinthians.

Hillesum deserves the title as Righteous because from the lager of Westerbork she never stopped showing love and attention for the other; she always exerted an authentic compassion without ever sparing herself nor demanding little privileges for herself or try to save herself, like many people humanely tried to do. In this sense of deep compassion there was also the need and anxiety to write in order to record the events for posterity.

I have always been moved by the awareness that had grown in her during the very persecution, and not afterwards, unlike it happened to many other people. But I also wish to underline that Hillesum was a free woman, a passionate lover, and at the same time she nurtured an intense and original spirituality as we see from the answers she tried to provide in the face of the extreme evil that had crossed her life.

In my meetings of these past 15 years I have almost always have a very strong emotional experience. The meeting planners confided me their fear only a few people would attend the encounters. Then instead the room was filled and slowly an incredible silence grew in it.

What do I mean to assess by this example? Probably that the messages of her Diary and Letters do strike everybody: believers and non believers, more and less cultivated people, and I have always felt only as a go-between her and the world. Hillesum felt a lot a need to spread her reflections at the end of the war. Her unjust death, when she was still so young, makes us feel committed to doing it on her behalf.

Dedicating a tree to her is something, which arises hope in a world that has been worsening over the recent years, with neo-Nazi movements that are rearing their ugly head again in many countries, new fences that are built between the states and inside people, and terrorism threatening us on a daily basis…

Etty has always witnessed to a wish and quest for dialogue also between religions and an interesting invitation to introspection as an antidote to our projections on the other - which are at the origins of intolerance and fences. Affirming this while one is a victim of an extreme persecution such as the Nazi one against the Jews, moves us and sparks admiration. In a letter, she said: “I believe we can draw something positive from life under all circumstances, but we have the right to do say so only if personally we do not escape the worst circumstances".

I am not Jewish, but I have always defended forcefully her being Jewish against all attempts to absorb her, misrepresenting her. I hope Etty is eventually accepted as she deserves, because her freedom is a value and a true openness to dialogue.