The Righteous in Lampedusa 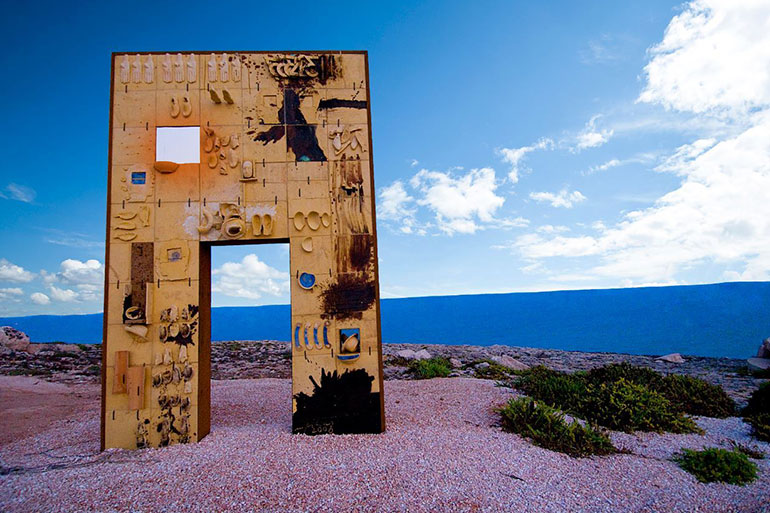 On the night of the 3 October 2013, a boat capsized off “Rabbit Island” in Lampedusa. There were about 600 people on board, almost all of whom were Eritreans. The bodies recovered were 366.

To the failure of policies and laws, the inhabitants of the island responded by setting in motion an extraordinary chain of solidarity to save lives of migrants who arrived off the coast of Lampedusa. Many were the rescuers who fought against indifference by tearing from the sea, welcoming into their homes and feeding the refugees, with a commitment far from hatred and controversy. 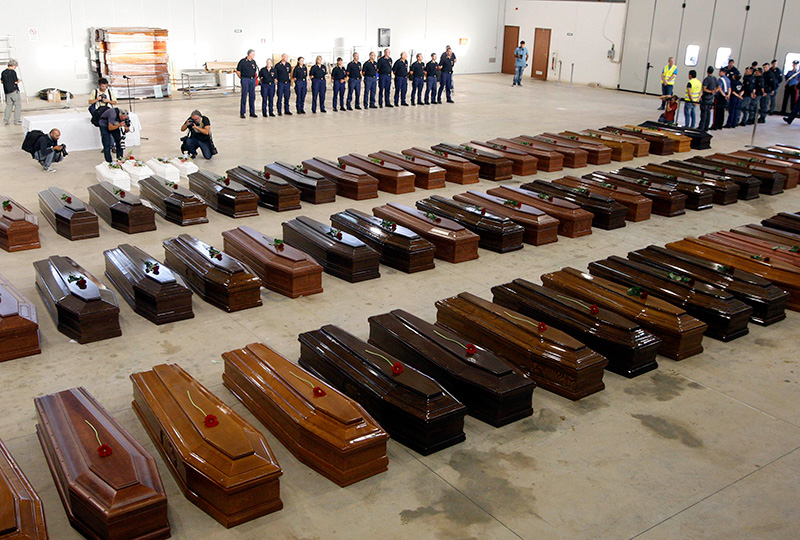 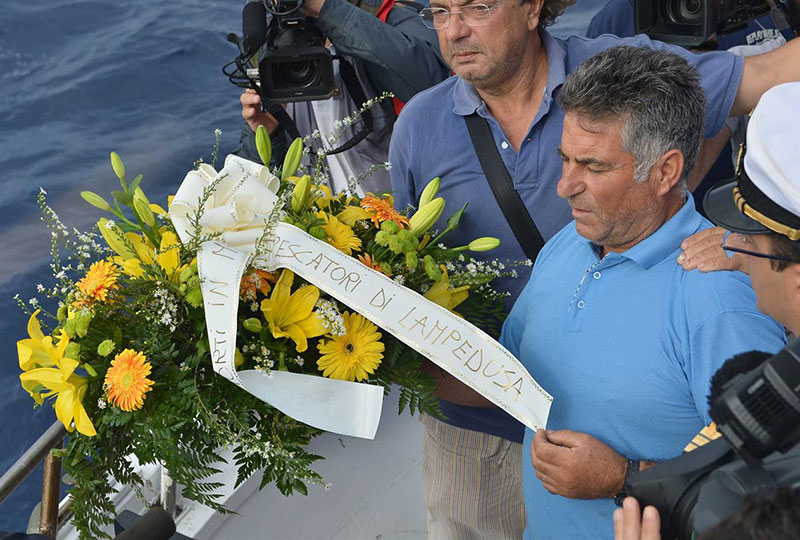 These Righteous of our time have taken charge of the destiny of the other, of those born on the other side of the sea, thinking first of all to save as many lives as possible, following only their conscience.

Over the years, Gariwo has remembered and honoured those who, like Vito Fiorino, Costantino Baratta, Alganesh Fessaha, the women and men of the Coast Guard, Daphne Vloumidi and the inhabitants of Lesbo, Daniela Pompei Maria Quinto, have taken a responsibility and have chosen to help those fleeing war and persecution.

At a time when are returning the most ferocious nationalism, the entrenchment within ones borders and the fear of the different - unknown and therefore perceived as threatening - the example of the Righteous is a lighthouse on the impervious but necessary road of reception, the only guarantee of safety for thousands of human beings. 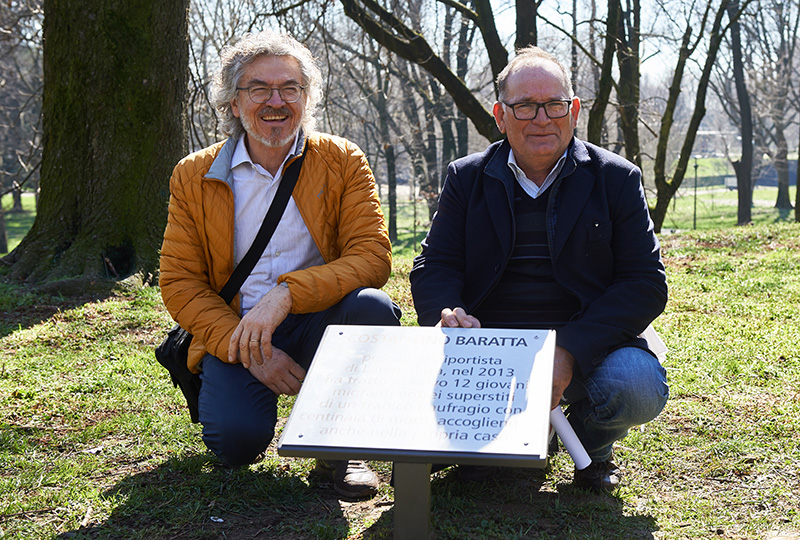 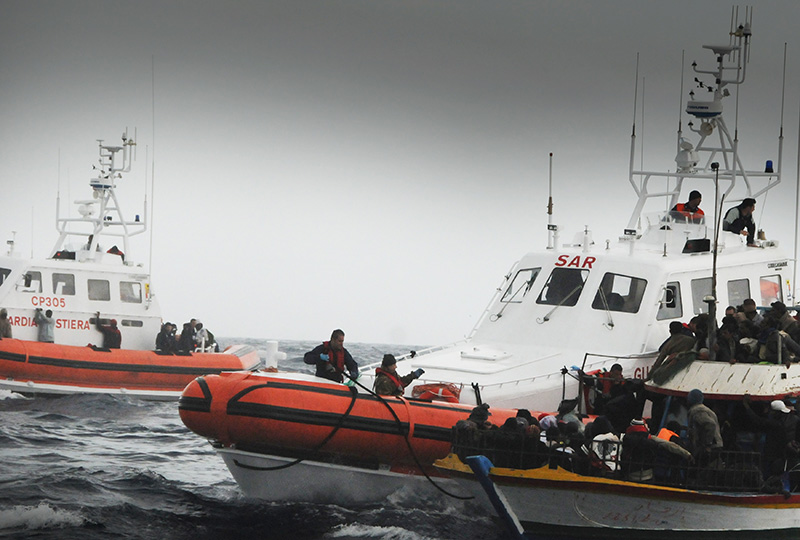 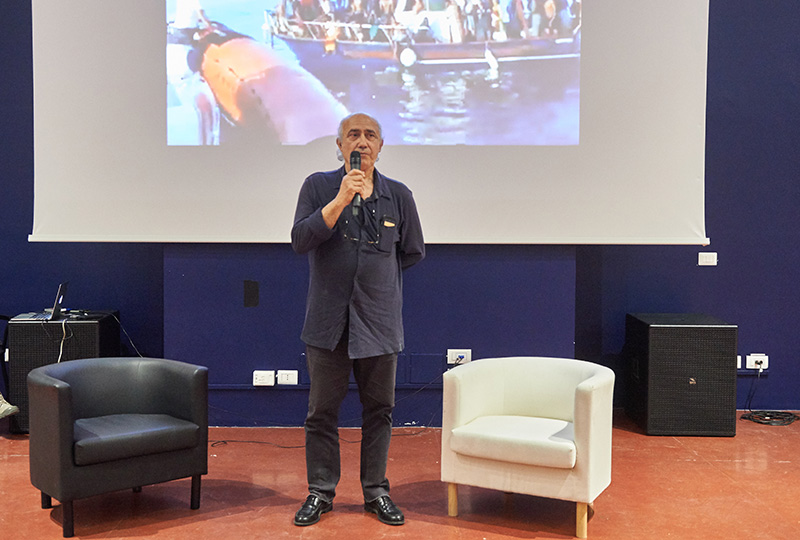 Since 3 October 2019, thanks to the commitment of Vito Fiorino and the support of Gariwo, a monument in Lampedusa remembers the victims and the Righteous of this episode, with a sentence that reads "We remember the people in Lampedusa who have not been indifferent and assumed a responsibility in front of those who died in the Mediterranean”.

Why is this memorial born? “In all these years, since the 3 October 2013, I had the fixed thought of how these human beings, women, children and men had been numbered from 1 to 366 and scattered in the various cemeteries of Agrigento without a common point to be honoured and remembered - said Vito Fiorino - So, when I went to Stockholm to visit some of the boys I saved that night, I expressed the desire to create a memorial in Lampedusa. I started talking about it with associations and ordinary people, I prepared a first sketch of the idea and I asked for help to my friend Gaia Rossi, architect, who in a few hours developed my thinking”.

The interior of the memorial is meant to be the skeleton of a boat; around it, a spiral that wraps it from top to bottom; on it, the 366 names of all the shipwrecked people, at the base, a blue patch that wants to symbolize the sea. That sea which has tragically swallowed them and that, together with the indifference of those who saw them that night thinking to recover them the next morning, has not allowed them to see the dawn again.