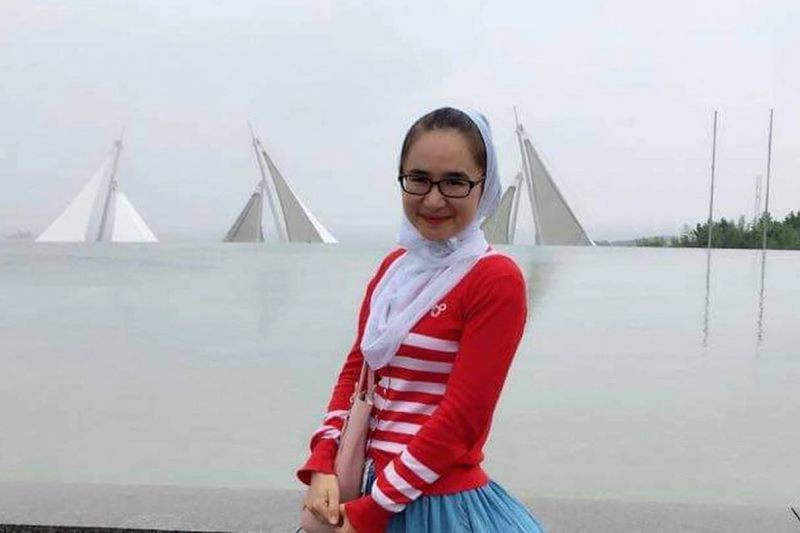 Yidiresi Aishan is a 33-year-old Uyghur computer engineer and father of three; since 2012, he lives in Turkey, where he works as a web designer. Aishan is also an activist: he works on an Uyghur diaspora online newspaper, collecting testimonies of China’s repression in Xinjiang province and helping other activists maximize their media outreach. His is a story of escapes and arrests: according to Chinese authorities, Aishan is a terrorist.

On July 19, 2021, he left Turkey after repeated arrests, just to be arrested again, as soon as he landed in Casablanca, Morocco. The Moroccan police said that Interpol, the International Criminal Police Organization, instructed them, and Morocco’s national security directorate said the man arrested was “the subject of a red notice issued by Interpol due to his suspected belonging to an organization on the lists of terrorist organizations”. Although the Moroccan police did not specify the name of the man they arrested, the non-governmental organization Safeguard Defenders, which specializes in people detained by China, identified him as Aishan.

The red notice, which is Interpol’s most-wanted list, was issued at the request of China, which was seeking his extradition, based on an extradition treaty that China and Morocco signed in 2017. Activists say Aishan’s arrest is politically driven as part of China’s campaign to hunt down perceived dissidents outside its borders. Aishan’s case is “not uncommon”, as Peter Dahlin of Safeguard Defenders said: in fact, he is one of many other Uyghur dissidents living abroad and being targeted by China through Interpol’s red notices. In April this year, for example, a Chinese teenager who says he is a US permanent resident was arrested in Dubai’s airport; in May, a 19-year-old Chinese student called Wang Jingyu was freed after having been arrested following some online comments he made on the clashes between Chinese and Indian forces: he now lives in the Netherlands.

Arresting dissidents abroad is just one way in which Chinese authorities silence those who speak out about what is currently happening in Xinjiang, which China describes as a “war against terror” and both the European Parliament and the US State Department called “genocide”.

The New York Times has recently told about how several Uyghur activists living abroad and denouncing China’s action in Xinjiang found out that their relatives back home were arrested or, in some cases, even killed. This was the case for Mihriay Erkin, a 30-year-old agricultural scientist who died in Xinjiang under mysterious circumstances. She was the niece of Abduweli Ayup, an Uyghur activist who lives in Norway. Although the Chinese government attributed Mihriay’s death to an illness, both her uncle and her family and friends believe she died in state custody in retaliation against Abduweli Ayup’s activism. Mihriay Erkin was not the first relative of Mr Ayup to be targeted by Chinese authorities: his two siblings were also arrested in retaliation against his efforts to speak out against China’s violence in Xinjiang. “The Chinese government”, Mr Ayup said, “is using this death, using these threats to make us silent, to make us lose our hope.”

The testimonies of overseas Uyghurs constitute a growing body of evidence of China’s abuses in Xinjiang, which brought national governments to impose sanctions and international organs like the European Parliament to write that “we may be witnessing the implementation of a genocide”. By targeting the relatives of Uyghurs dissident abroad, China seeks to silence these voices. After all, China’s Communist Party retaliated against the relatives of dissidents even in the past. This was the case of Liu Xia, who spent eight years under house arrest when her husband Liu Xiaobo won the Peace Nobel Prize. Likewise, Dolkun Isa believes his younger brother Hushtar, sentenced to life in prison, is the victim of retaliation against his activism. Moreover, Radio Free Asia says that more than 50 relatives of their Uyghur staff, who work for the Uyghur’s language service, have been detained in Xinjiang. The New York Times also reports on the sister of Rushan Abbas, an Uyghur American activist, sentenced in December to 20 years in prison for terrorism.