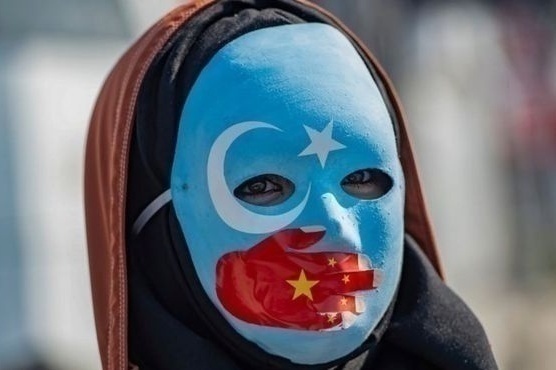 According to a new analysis by the German researcher Adrian Zenz, shared exclusively with Reuters ahead of publication, Chinese birth control policies could cut between 2.6 to 4.5 million births of the Uyghur and other ethnic minorities in southern Xinjiang within 20 years, up to a third of the region's projected minority population.

What does the report say?

Zenz's report is based on an analysis of official birth data, demographic projections, and ethnic ratios proposed by Chinese academics and officials. The study compared the population projection done by the state-run Chinese Academy of Science based on data pre-dating the government's restrictive birth control policies to official data on birth rates after the "population optimization" measures, as Beijing calls them, for Xinjiang's ethnic minorities, introduced since 2017.

Zenz found that Beijing's policies could increase the predominant Han Chinese population in southern Xinjiang to around 25% from 8.4% currently, with the population of ethnic minorities reaching between 8.6-10.5 million by 2040. According to Reuters, that compares to 13.14 million projected by Chinese researchers using data pre-dating the implemented birth policies and a current population of around 9.47 million.

Zenz says this goal is only achievable if China keeps suppressing the birth rates of the Uighurs and other minorities, as it happens with current policies. According to Xinjiang's residents, researchers, and rights groups, the newly enforced birth policies disproportionately impact Islamic minorities, who face detention for exceeding birth quotas rather than fines as elsewhere in China. Moreover, according to BBC, China's new rule to allow couples to have up to three children does not apply to the Xinjiang region, where women are detained or punished for exceeding birth-control quotas.

Zenz's report was accepted for publication by the quarterly academic journal Central Asian Survey (Routledge) on June 3. Reuters also shared the research and methodology with experts in population analysis, birth prevention policies, and international human rights law. Although some experts cautioned that demographic projections over a period of decades could be affected by unforeseen factors, they said the analysis and conclusions were sound and reliable.

What does China say?

China's foreign ministry has accused Zenz of "misleading" people with data and, in response to Reuters' questions, said "his lies aren't worth refuting". China's comments on Zenz's report follow previous reactions to the accusations of genocide in Xinjiang: "The so-called 'genocide' in Xinjiang is pure nonsense," China's Foreign Ministry told Reuters. "It is a manifestation of the ulterior motives of anti-China forces in the United States and the West and the manifestation of those who suffer from Sinophobia".

In his study, Adrian Zenz also included previously unreported documents produced between 2014 and 2020 by state-funded Chinese academics and officials on Beijing's birth control policies in Xinjiang. These documents describe the implementation of these policies as driven by national security concerns and motivated by a desire to dilute the Uyghur population, whose high concentration is described as a threat to social stability, increase Han migration, and boost loyalty to the ruling Communist Party.

Xinjiang must "end the dominance of the Uyghur group", said Liao Zhaoyu, dean of the institute of frontier history and geography at Xinjiang's Tarim University, at an academic event in 2015, shortly before the birth policies and broader internment program were enforced in full.

Who is Adrian Zenz?

Adrian Zenz is an independent researcher at the Victims of Communism Memorial Foundation, a bipartisan non-profit based in Washington, D.C. In 2020, he published another study on China's suppression of Uighurs' birth rates, entitled Sterilizations, IUDs, and Mandatory Birth Control: The CCP's Campaign to Suppress Uyghur Birthrates in Xinjiang. Beijing has previously sued Zenz for his research, which has been critical of China's policies on detaining Uyghurs, mass labor transfers, and birth reduction in Xinjiang.

China's attempts to slash birth rates among the Uyghurs and to pursue a demographic substitution brought experts, international organizations, and some countries to discuss Beijing's actions against the Uyghurs in terms of "genocide".

According to Reuters, Zenz and other experts point to the 1948 Convention on the Prevention and Punishment of the Crime of Genocide, to which China is a signatory, and which prohibits states from "imposing measures intended to prevent births within the group" as one of the characteristic traits of the notion of genocide.

Likewise, a recent report by the Australian Strategic Policy Institute showing that birth rates in Xinjiang plummeted by nearly half between 2017 and 2019 referred to the 1948 Convention and said that "Chinese government policies in Xinjiang may constitute an act of genocide".

In June 2020, the European Parliament, which already condemned the mass incarceration of the Uyghurs, said that "we may be witnessing the implementation of a genocide". The statement, signed by the two German members of the European Parliament Reinhard Bütikofer and Evelyne Gebhardt, originated in particular from the emergence of new reports about the forced sterilization to which many Uyghur women are forced to accelerate demographic replacement. "We are deeply shocked by the newest revelations about the Chinese Communist Party's massive campaign to suppress Uyghur birth-rates in Xinjiang", Buetikofer and Gebhardt said, "the reports about forced sterilizations and abortions as well as severe sanctions against birth control violations are of an unprecedented atrocity and further corroborate the assessment that we may be witnessing the implementation of a genocide". In another statement in December 2020, the European Parliament said that the actions against Uyghurs "could meet internationally agreed genocide criteria".

The United States has also accused China of perpetrating a genocide against the Uighur minority in the last human rights report of the US Department of State, released on March 20, 2021. Moreover, last week a series of hearings of about 30 witnesses began in the United Kingdom to gather evidence on whether the Chinese government's alleged human rights abuses in the Xinjiang region constitute a genocide.

As yet, no formal criminal charges have been laid against China. The lack of evidence and insights into the government's policies in Xinjiang makes it difficult to gather the high bar of proof required to prosecute Chinese or Xinjiang officials. Moreover, the International Criminal Court announced in December it would not investigate China because China, as a non-member, is outside of its jurisdiction. Moreover, the International Court of Justice can only take a case approved by the UN Security Council, over which China has veto power.