tells about the assault undergone 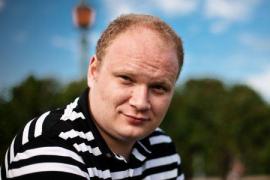 15 December
Oleg Kashin came out of coma and gave the investigators a first account of the aggression. Kashin confirms that he was beaten due to his inquiries about the protests against the deforestation of Khimki woods. The New York Times revealed the decision was made: forest has to make room to the Moscow - Saint Peterburg motorway.

Oleg Kashin, aged 30, works for the independent daily Kommersant. He fell victim to a violent beating last 6 November that reduced him into a pharmacological coma. He arrived at the hospital with a broken mandible, fractured tibiae, head wounds and broken fingers. A YouTube video shows the footage of his beating with the two aggressors who hit him at his back and don't quit beating him even when he lays on the ground. Oleg Kashin was dealing with the story of some students who protested against the deforestation of the Khimki forest.

Also the second journalist beaten dealt with this topic. On 8 November Anatoly Adamchuk, of the weekly Zhukovskiye Vesti, was assaulted while he was entering his office in Zhukovsky, in the Moscow region. Adamchuk was repeatedly hit on his head and face, suffering head injury and getting multiple bruises.

The Government suspended the construction of the highway and ordered an investigation. 40 journalists sent President Medvedev a protest letter to call for the journalist's protection to be considered a top priority and underlined that since the beginning of 2010 8 journalists have been murdered and 40 assaulted.