for the release of Liu Xiaobo 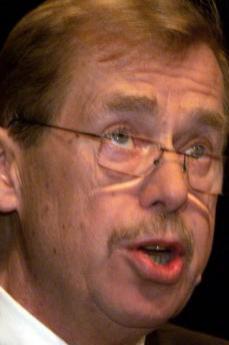 Update 22 October
Former Czech President Havel and South African Archbishop Tutu ask for the release of Chinese dissident Liu Xiaobo in a Washington Post article. In Tutu's and Havel's opinion China can "stand on the side of justice, free Liu Xiaobo and immediately end the house arrest imposed on his wife".

The promoter of Charter '77 underlines: "I remember well, from my own experience, how important it was for me and for us, while in prison, to see that we were not forgotten and to find out that they [in the West] show interest in us".

The spokesman of the Chinese Ministry of Foreign Affairs Ma Xhaozu declared in a press conference that "Liu Xiaobo has been found guilty of a crime. Assigning him the Nobel Prize means encouraging crime".

11 October
Liu Xiaobo’s wife under house arrest
crackdown after the Nobel Prize awarding to the dissident
More than 30 Chinese intellectuals were detained, warned or put under house arrest after the awarding of the Peace Nobel Prize to Liu Xiaobo. In a note the Chinese government defined the recognition bestowing as “obscene”, “contrary to the aims of the Nobel Prize” and thus “bound to harm the relations between China and Norway”. For the government the dissident is “a criminal” who has already been punished for his guilts.

LIU XIA IS UNDER HOUSE ARREST
His wife, Liu Xia, is under house arrest in her Beijing house and cannot use the phone. She wrote on Twitter: “My friends, I have come back home. On 8 October I was put under house arrest. I do not know when I will be allowed to meet anyone again. My mobile phone is out of order and I can neither make nor receive calls”.

Liu Xia explained she met her husband in jail: “I have met Xiaobo and I told him he has won the Prize. I will tell you more later. Please, you all help me communicate through Twitter, thank you”. Her house is surveilled and its gate was fitted with a sign warning that “none of the residents accepts being interviewed”. Outside her home there are dozens foreign journalists.

Liu Xia’s declarations, in the BBC
The motivations, on nobelprize.org
Charter ’08, December 2008

In the past few days Beijing had invited Oslo not to make such a choice either for Liu or for other dissidents fostering the Country's democratization.

2 October
Liu Xiaobo nominated for Nobel Prize
support to Charter 08 signatory
The Chinese dissident sentenced to 11 years jail and 2 years privation of political rights over “State subversion” deserves the Nobel Prize, according to a group of scholars writing on Boxun, a Chinese-American Website.

Intellectuals pointed out the “unceasing effort” by Liu Xiaobo for a democratic transformation of China and reminded that Oslo could send a very strong message to the regime.

Further support has come from Václav Havel, author during Communism of the famous Charter 77 from which the document Charta 08 including Lu Xiaobo among its writers draws inspiration. The playwriter and prominent figure of the Velvet Revolution endorsed the nomination with a letter published by International Herald Tribune.

The calls follow last year mobilization of some Nobel Laureates.

A Nobel Prize for a Chinese dissident, by V. Havel, D. Němcová and V. Maly