Was Stepan Bandera a Nazi collaborator? 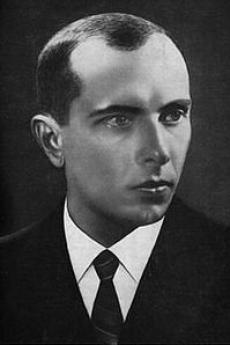 As the new opposition-formed government takes control in Ukraine and tensions are still high over the fate of Crimea, Russia and Ukraine are developing a more and more antagonistic relationship. A current divisive point that is stoking the flames of this animosity is the question of the honor of Stepan Bandera, a Ukrainian nationalist who was active during WWII. Some argue Bandera’s fierce brand of Ukrainian nationalism, focused on solidarity and independence from the Soviet Union, provides a perfect source of inspiration for Ukraine’s fledgling government and struggle for independence and autonomy. Many others contest that Bandera was a violent militant and Nazi sympathizer and utilized Nazi collaboration to further the goals of his organization, the Organization of Ukrainian Nationalists (OUN).  His life as a resolute opponent of the Soviet Union was cut short when the KGB poisoned him in his apartment with cyanide gas in 1959. While Bandera’s fervent attitude against the manipulation of Ukraine by outside powers, namely Russia, is relevant to the current government situation, his previous Nazi affiliations taint his legacy.

The global denunciation of Stepan Bandera is certain, as in 2010, when the then president of Ukraine, Viktor Yushchenko, posthumously awarded Bandera the title of Hero of Ukraine on the Day of Unity, the public outcry against Bandera forced the award to be revoked and Bandera’s dubious past to be examined again. Considered a fascist and a war criminal in Russian and Poland, the verdict is still out in many areas of Ukraine on his hero status.  Regardless, Ukrainian far-right opposition groups, such as the Svoboda party, are marching and lauding Bandera’s name, earning the ire of Russian diplomats.

Modern supporters of Bandera claim that the Soviet Union falsified their evidence against Bandera for the Nuremburg trials and that any attempt at disparaging his name was just Soviet political manipulation. When Ukrainian envoy to the United Nations, Yuriy Sergeyev, suggested that the Soviets fabricated evidence against Bandera, Russian envoys fought back claiming there is “a lot of proof of his crimes” and to suggest otherwise is an insult to the “the memory of killed Russians, Ukrainians, Jews, Poles, and citizens of other nationalities who fell victims to the atrocities committed by Ukrainian Nazi supporters…”One thing is clear, during the course of WWII, Stepan Bandera was hell-bent of cleansing Ukraine of bolshevism and the machinations of the Soviet Union. To what degree he relied on Nazi collaboration to pursue these goals is highly contested. However, the glorification of Stepan Bandera, especially at this time, is indicative of the prevalent far-right radicalism within Ukrainian opposition groups that could prove disastrous if Ukraine ever wants to find peace.