5 years handed down to Sannikov

a dissident and Lukashenko opponent 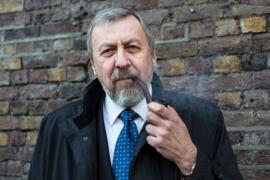 Andrei Sannikov, a candidate to the Belarusian Presidential election, ex Deputy Minister of Foreign Affairs and dissident, was sentenced to 5 years jail on charges of organizing protests against the fourth consecutive reelection of President Lukashenko.

Sannikov, a co-founder of the civil rights grouo Charta 97, one of the seven Presidential candidates arrested on past 19 December during a demonstration in Minsk against the electoral results which witnessed the participation of thousands people. The crackdown was very violent.

Among the arrested there is also Sannikov's wife Irina Khalip, a Novaya Gazeta journalist, who was sentenced to 2 years with probation.