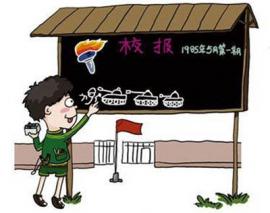 Southern Metropolis, a child drawing a man standing in front of a tile of tanks

On 4 June 1989 Chinese students called for reforms similar to those of Gorbachev's USSR, but protests were bloodly repressed in Tienanmen square.

To remember the 21st anniversary of the massacre, the Chinese paper Southern Metropolis Daily published a cartoon into its Website. The strips showed a child drawing a man standing in front of a tile of tanks on the blackboard. A wave of readers' flowed into the Webpage. Censorship was promptly unleashed and the cartoon was immediately deleted.

In the commemoration rally held in Hong Kong police seized the “Goddess of democracy”, symbol of the 1989 protest. The 13 activists who had brought it in the square were arrested. "We fear the truth will die with us", declared the Tienanmen mothers to the foreign press while urging the authorities to end silence on the tragedy.