historic verdict in The Hague 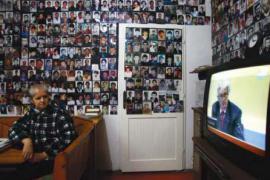 Witnesses of Srebrenica crimes with photos

The International Criminal Court for the Crimes in the former Yugoslavia, based in The Hague, found Radovan Karadzic guilty for the genocide case of Srebrenica. The Court acquitted Karadzic, for lacking evidence, from one of the genocide charges, concerning crimes perpetrated in some villages of Bosnia Herzegovina. The defendant was instead found guilty for crimes against the humanity, murder and persecution regarding the same events. Karadzic was also found guilty for the crimes committed during the siege of Sarajevo – which lasted from 5 April 1992 to 29 February 1996 – and the exploitation as 284 UN blue helmets as human shields. Although the Prosecutor demanded life in jail, the Court sentenced Karadzic to serve a 40 years term.

This verdict has a historic character, in that Kadadzic is the highest leader to receive a definitive verdict from this Court – as Serb President Slobodan Milosevic died in his cell in 2006 before the judges reached a verdict against him. His trial had lasted for 6 years and a half, with over 600 witnesses, 11 thousands pieces of evidence and dozens thousands papers.

Karadzic was the founder and chairperson of the Serb Democratic Party (Srpska Demokratska Stranka, SDS) of the Socialist Republic of Bosnia-Herzegovina. On 13 May 1992 – after the government – with a majority of Muslims – of capital Sarajevo had voted for the exit from the Yugoslavian Federation – he became the first President of the Serb-Bosnian administration, assuming among other powers also the command of the army. He was therefore the highst civil and mlitary authority of Republika Srpska.

Convicted in 1995, Karadzic was arrested only on 21 July 2008. His trial began in October 2009, on 11 counts – including two of genocide, five of crimes against humanity and four of violations of the customs and laws of war. In detail, Kadadzic was accused of perpetrating, in collaboration with other members of the armed forces – including general Ratko Mladic, also on trial in the Hague – acts targeted to the extermination of the Croatian and Muslim population, aimed at removing such ethnic groups from Bosnia-Herzegovina. Such episodes include the notorious massacre of Srebrenica of 11 July 1995, symbol of the war in the Balkans, during which Mladic’ troops murdered more than 8,000 men and boys.

Once on trial, Karadzic has kept on claiming his innocence, despite the survivors’ testimony. “He felt no pain, nor regret”, said many witnesses. “Instead he tried gain to put the blame on us. He even said that the widows and wives of Srebrenca had buried empty coffins only to tarnish his image”.

Over 20 years after the end of the war, the country is still divided, and the verdict aganst Karadzic risks to sharpen tensions even further. The cleavages between ethnic groups that led to the conflict were not healed by the end of hostilities. On the contrary, the Dayton peace deal of 1995 de facto froze those cleavages, dividing Bosnia into two separate entities, the Croatian-Muslim Foundation and the Serb Republika Srpska. Politically speaking, they hold elections to appoint a Catholic Croat, a Serb Orthodox and a Bosnian Muslim President.

The freezing of ethnic cleavages was further carried out through the population census of 15 October 2013, the first after the war – whose official data had not yest been made public. Citizens were in facts asked to specify their ethnic belonging, ticking one box or writing the full name of their group in a given blank, but there was no box or blank space to state simply that one was a “Bosnian-Herzegovina citizen”.

If politics turned out to be so divisive, memory did not follow any different path. If for Muslims and Croats Karadzic was a war criminal, for the Serb Bosnian he is still one of the founders of the Republic. And this is precisely why, short before the Hague verdict, the Serb Bosnian President Milorad Dodik had inaugurated a university dorm named after Karadzic, inviting the wife and daughter of the former Serb President to unveil a plaque of dedication.

“Radovan Karadzic was tried – many activists say – but his plan, i.e. Republica Srpska”, was not. If his dream of a military rule has failed, his political project is instead very real, and it was even strengthened by an educational system providing different school programmes for the various ethnic groups, above all regarding the teaching of history.