for war crimes and crimes against humanity 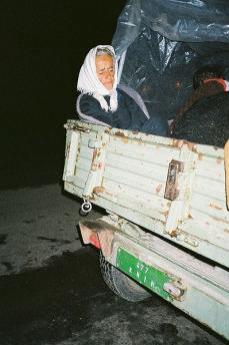 Former Croatian general Ante Gotovina was sentenced to 24 years in jail by the International Criminal Court for the ex Yugoslavia based in the Hague.

Gotovina, who had been arrested in 2005 at the Canary islands, was found guilty of war crimes and crimes against humanity for the murders by which in August 2005 he forced 200,000 Serbs to flee the Krajna region with the "Storm" operation. Slightly more leniient, to 18 years, was the sentence handed down to the former general of the Croatian police Mladen Markac, while a third defendant, ex general Ivan Cermak, was acquitted.

Gotovina in Croatia is considered as a sort of a "national hero" right because of the "Storm" operation through which he managed to regain Krajina and avert the territorial splitting. The sentence was met by many protests in the square and the chief of the government Jadranka Kosor defiined the sentence as "unacceptable". He immediately made clear that "our stance about the Tempest operation is very clear. It was a legitimate military intervention aiming at liberating the whole national territory of Croatia from the occupation".

Italian expert Luca Zanoni suggested in Osservatorio Balcani that the verdict could raise anti-European feeling in Croatia, where part of the public opinion assign a patriotic value to the war in the 90es