The violent side of Chinese colonialism in Africa 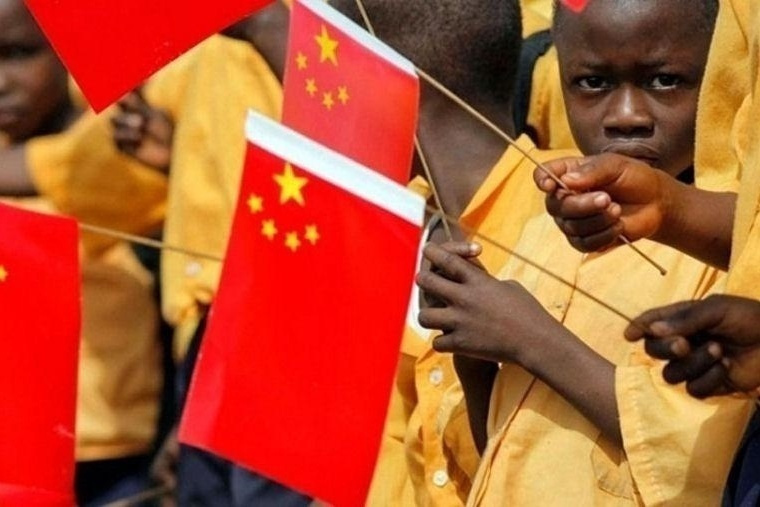 In August 2021, a video appeared on Twitter: a Chinese man repeatedly whips a former African employee tied to a pole with a cord. The man, accused of theft, tries to pull himself back as he is hit repeatedly in the head. It is unclear when the accident happened. We know where, however: at the Rutsiro Chinese mine, in the western province of Rwanda, on the eastern shore of Lake Kivu.

The video, diffused by local newspaper The Chronicles, immediately generated a shocked reaction from the African public. In few days, Sun Shujun, this is the name of the torture manager, was arrested and sentenced to 20 years in prison for torture.

The case has gained international visibility for at least two reasons.

Firstly because it is one of the few incidents in which a Chinese citizen was tried in Africa instead of being extradited to China; Beijing's decades-long political relationships in the Continent often allow offenders to bypass African justice.

More importantly, however, is that Rutsiro's is only the latest in a long line of violent cases to have involved Chinese expats in Africa. Only two months earlier in Sierra Leone an official of the China Railway Seventh Group had attacked local employees. Two compatriots were arrested in the Democratic Republic of Congo for ordering local armed forces to beat up an African miner.

According to a report released last year by the Business and Human Rights Resource Center in London, there were 181 accusations of human rights violations related to Chinese investments in Africa between 2013 and 2020. Most of the incidents happened in Uganda, Kenya, Zimbabwe and the Democratic Republic of Congo: the countries where China has the largest presence.

Over the past two decades, the Asian giant has built thousands of miles of railways, hundreds of roads and hospitals on the Continent.

It has launched mining and energy projects. The arrival of Chinese capital has been accompanied by a massive wave of migration. For years, Chinese labor force arrival in Africa has remained around 200,000 and then declined slightly in 2019 to 183,000. Coexistence with the local population has never been easy.

If the Chinese complain about the indolence and low productivity of local workers, Africans complain about paltry wages and lack of safety equipment on construction sites.

The problem has reached such proportions that it has forced Chinese authorities - once inclined to treat violations as "isolated cases" - to increasingly intervene. The Chinese Embassy in Namibia recently posted a guide on WeChat to indoctrinate Chinese expatriates on how to behave at work and how to avoid transgressing local laws. In addition to providing guidelines for resolving wage disputes with African workers, the vademecum advises not to brandish firearms to threaten staff, not to "intimidate or coerce" striking employees, and always try to suppress protests by involving local authorities.

The rapid response of Chinese diplomacy marks a departure from the usual "laissez faire." The reason is understandable. The media resonance of the abuses now makes it necessary to contain the reputational damage. As in other parts of the Belt and Road Initiative world, Beijing has long faced accusations of "neocolonialism" in Africa. But more than in other parts of the world, it is precisely in Africa that this infamous label has major political repercussions.

For the Communist leadership, the Continent never had only economic importance. It did not have it for Mao's China during the Cold War. Not even today, when the Asian giant is determined to exploit the Global South to balance U.S. alliances among "like-minded countries."

An entrepreneur known on WeChat by the nickname "Africa Bob," commenting on what happened in Rwanda, accused compatriots of racism: "I hope that one day Chinese people can be respected in Africa ... and that requires everyone's efforts."

Bob urged other expats to follow some rules such as providing employment contracts, avoiding sexual jokes and stopping criticizing workers in front of colleagues.

In fact, the causes of the problem range from the low quality of Chinese immigration to Africa (the most educated Chinese workers choose less hostile destinations), to the lack of a spirit of acceptance towards different peoples and civilizations. The former Celestial Empire has this "cultural supremacism" since the Imperial Age, when China was -as its name implies- Zhong Guo: the "Middle Country", the center of the world. In recent times, the amazing growth of the national GDP has added an economic dimension to the phenomenon.

Symptoms of this Chinese "exceptionalism" appeared a few days ago in the BBC's investigation “Racism for Sale”. In the report, Runako Celina, a journalist specialized in Sino-African relations, investigates the disturbing industry of video messages: clips of just a few seconds in which Africans of all ages -including children- are paid a few dollars to recite (sometimes degrading) Mandarin phrases without knowing what they mean. Whilst it is hard to estimate the scale of the business, its spread on Chinese social media and e-commerce sites was huge, especially among the urban middle class.

There is much levity behind the "pornography of poverty": few in China are aware of what goes on backstage. But that levity can have wide-ranging repercussions: in fact, it risks to consolidate a narrative at odds with the official rhetoric of South-South friendship. The credibility of Beijing's agenda is decided between African mines and the Chinese blogosphere.