The drama of Myanmar one year after the coup

eleven years of strenuous achievements towards democracy have been canceled 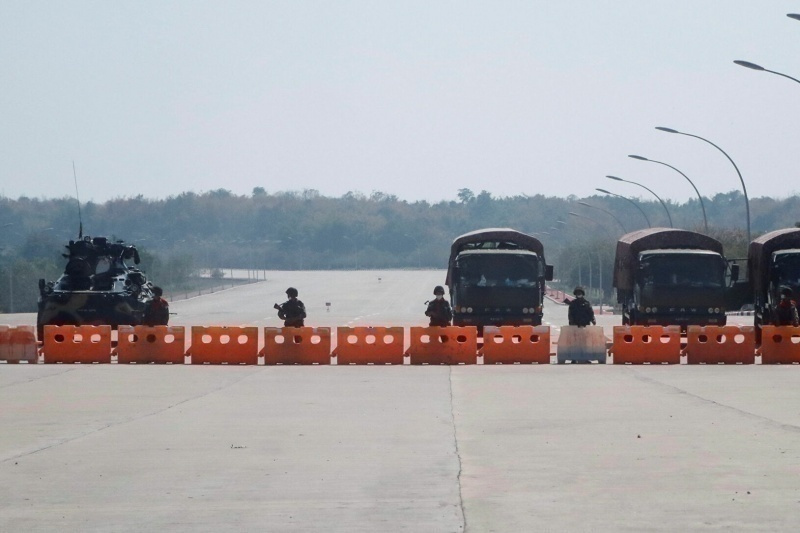 Nearly 1500 protesters killed. 11,000 citizens arrested, of which 8,000 are still in prison. Over 400,000 refugees, of which more than 100,000 are children. Aung San Suu Kyi has already been sentenced twice in controversial trials to say the least, with the former state councilor who risks more than 100 years in prison. A year has passed since the military coup in Myanmar.

It was the morning of February 1, 2021 when Aung San Suu Kyi, President Win Myint and other leaders of the National League for Democracy (the party that had clearly won the November 2020 election) were arrested. Since then, Myanmar has been in the hands of the armed forces, which after the declaration of a state of emergency announced the handover of political power to their leader, General Min Aung Hlaing. One year later, there is still no shared solution to a crisis that continues to cause serious consequences for the  Myanmar's and especially for that of its citizens. A political drama that has also become economic and social, any action of dissent or simply of non-adherence to the junta line can be punished with violence.

A tremendous year for Myanmar, 365 days during which eleven years of hard-won gains made possible by a transition to democracy that had finally shine a light to the future of a country historically divided for ethnic, religious and obviously political reasons were erased. The clashes are becoming increasingly violent and are beginning to look like a civil war involving many armed ethnic militia groups. There are reports of punitive actions of the Tatmadaw, as the Burmese army is called, which has been accused several times of burning or razing entire villages or neighborhoods inhabited (even in part) by protesters, massacring civilians. A ferocious repression, with promises of elections and a return to democratic transition for now completely unfulfilled. The United Nations claims that the military junta is committing crimes against humanity, which among other things are causing a mass exodus. According to the UN there have been at least 405,000 refugees since the coup, over one in four of them minors. According to Save the Children, however, "children in transit are at greater risk of trafficking, abuse, recruitment into armed groups, being injured and killed." On Christmas Eve, a military raid left the charred remains of more than 30 people in Kayah State, including two staff members of the Save the Children charity.

Repression continues in remote cities and provinces but also in courtrooms. Suu Kyi was recently sentenced to four years in prison on charges of illegally importing two-way radios and violating anti-Covid restrictions during the 2020 election campaign. Phyo Zeyar, Suu Kyi's partymate, was sentenced to death along with activist Kyaw Min Yu, both on sedition charges. The junta denies that it wants to dissolve the National League for Democracy before the elections that it plans to "grant" in the summer of 2023, but in fact the party no longer has the possibility of expression. The digital space is also in the crosshairs of repressive action. The junta has prepared a new law on cybersecurity aimed at prosecuting those who access blocked sites by circumventing the block using a vpn (virtual private network).

The tragedy is also economic. Over the past decade, the economy had grown annually at an average of 6.6 percent at a rate that allowed the middle class to emerge. The opening up to tourism had put Myanmar on the global map, with hopes that it could become a success story. The shadows, in truth, had returned to the Southeast Asian country a few years ago. Above all because of the repression of the Rohingya minority, which Suu Kyi had not managed to stop. Indeed, in 2017, villages of the Muslim-origin ethnic group were stormed, with some 700,000 people seeking refuge in Bangladesh. Yet progress in dialogue with the various ethnic groups had been remarkable.

In just one year, the generals have destroyed all the achievements of the last decade. The number of citizens living below the poverty line has doubled and is even likely to triple by the end of 2022 as regards the urban population. The local currency, the kyat, has lost more than 60% of its value against the US dollar. The World Bank estimates a growth of only 1% in 2022, all after a real collapse of 18% in 2021. And while employment and salaries plummet, inflation could run at 9% with prices rising and gasoline shortages that have already led to the closure of many stations, while electrical blackouts multiply. There is also a cultural drama as most schools remain effectively closed.

The Burmese dossier, however, seems to have slipped back a lot in the priority list. The world first worried about Afghanistan, now Ukraine. Myanmar remains in the background. Despite the coup d'état and the violence, a number of multinational companies continue to operate in the country. Not only that. The flow of arms and funding to the Burmese military has never completely stopped. As the Justice for Myanmar group denounces, there are still many companies that sell weapons and surveillance systems to the military junta. "Myanmar's 55 million people cannot endure another year of silence and lack of action by many of the world's governments," Amnesty International said in a note. Ming Yu Hah, deputy director of the organization's Asian campaigns, denounced that near the anniversary of the coup, Myanmar's military resumed indiscriminate airstrikes in the southeast of the country, blocked the flow of humanitarian aid needed to save lives, and launched a bloody campaign of repression against activists and journalists."

While the world is busy on other fronts, it would be up to ASEAN (the Association of Southeast Asian Nations) to try to understand if and how to intervene on the Myanmar issue. At the end of 2021, during Brunei's rotating presidency, the Tatmadaw had been excluded from the official meetings of the Association. With the start of Cambodia's presidency, however, some divergent perspectives have emerged on the position to be maintained regarding Naypyidaw. The visit of Cambodian Prime Minister Hun Sen to Myanmar at the beginning of January created controversy. Indonesia, Singapore and Malaysia have reacted negatively to the move by the political leader in Phnom Penh. Malaysian Prime Minister Ismail Sabri Yaakob said that Kuala Lumpur will not support any attempt to invite political representatives of the Burmese junta to ASEAN meetings. Singapore's Prime Minister Lee Hsien Loong recalled that at the moment there has been no progress in implementing the five-point peace plan proposed by the bloc months ago. A must-do program, according to Indonesian President Joko Widodo. Hun Sen responded by saying that his visit to Myanmar was aimed at "planting trees, not cutting them down."

In recent weeks, the military junta, if possible, has tightened its grip even further in anticipation of the anniversary of the coup. Authorities recently announced that not even a peaceful way to protest, that had been popular in the early days and weeks following the coup, will be tolerated. Those who honk or bang pots and pans could be charged with treason or terrorism.